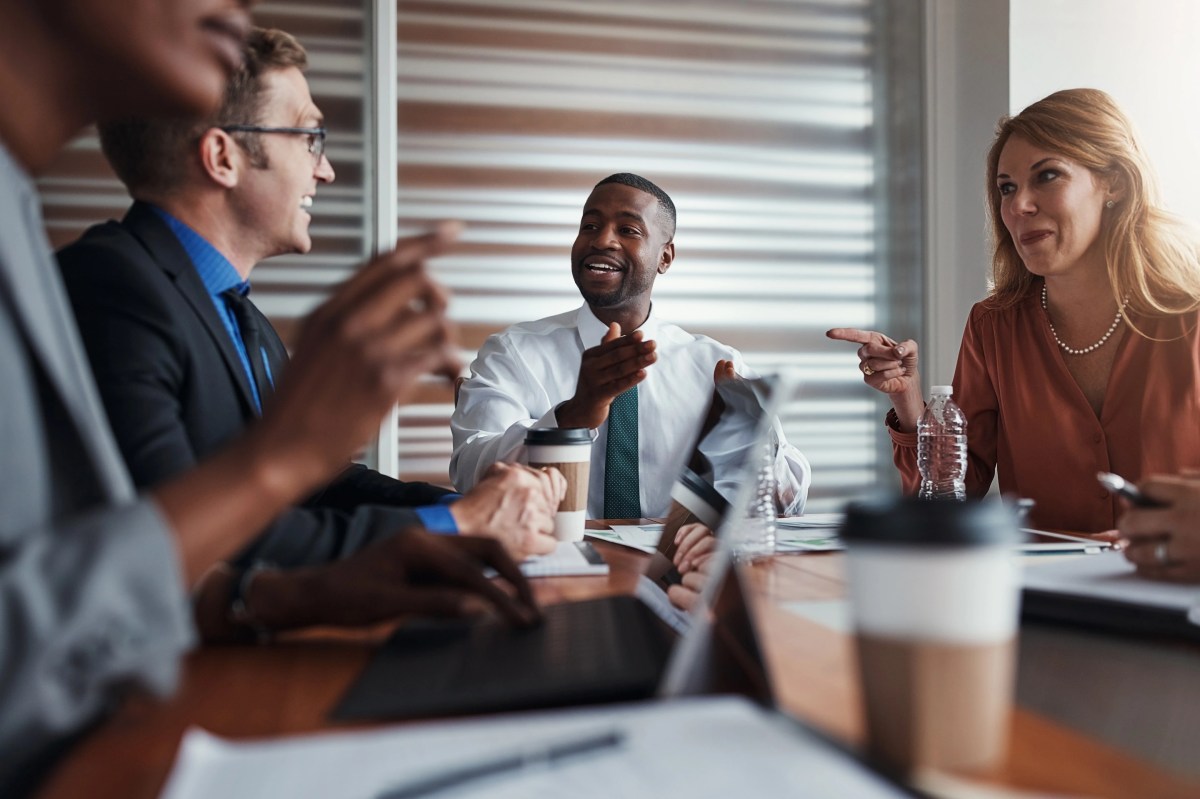 How do we define corporate culture? This might be harder to put into words than you think. Melissa Daimler, Director of Learning at Udemy, posed this question to business leaders in her new book “ReCulturing” and got some…interesting answers.

For example, someone said that culture is “the soul of the organization”, while another called it “the leaves of a tree”. These interpretations, while colorful, also signal that there isn’t just one way to talk about corporate culture — making it harder to change.

Marketplace’s David Brancaccio spoke with Daimler, who is also a former WeWork, Twitter and Adobe executive. The following is an edited transcript of their conversation.

David Brancacio: I think we need to address the WeWork in the room, which is on your resume. What was your time at WeWork – the famous co-working start-up for a time – what did it teach you about managing company culture?

Melissa Daimler: My time at WeWork taught me a lot of things, frankly, that I already knew about the culture, but validated in a very strong way. There were three main things: The first is that organizations are systems. I think there are different elements that we’re always trying to connect, so it’s important that we look at our purpose, and we look at our strategy, and we look at our culture and how those connect and work with each other others . I also think there is a misnomer that culture is just values ​​on a wall. And it’s more about: how do these values ​​appear? What are these real behaviors? What would we do if we illustrated teamwork? What would we do if we adopted behaviors compatible with collaboration? And then finally, I think organizational culture begins and ends with us. So there is our organizational culture and this system, we too, every person in the company, have a personal culture – so our own values, behaviors, habits, practices are important to keep reviewing and staying strong.

Brancacio: We’ll come back to this idea of ​​focusing on behaviors and what that means; not just list values ​​in a second. But you also mentioned purpose – and so many business leaders focus on that. You have to establish a sense of purpose and everything else follows. From my reading of WeWork from afar, it was a company that had heaps of goals, one goal galore, but you probably found something else was missing.

Daimler: I agree with you. I think they had a purpose. It was very clear; it was to earn a living, not to live, it was a bit shared. But one of the main problems was that there was a huge gap between that goal and what was appearing every day. So I think it’s important for companies to not only continue to have a purpose and to clarify why they exist – that is, what a purpose is – but how that then connects to strategy and to everyday culture, the behaviors we observe. So I think that’s the big gap that WeWork has missed is that you can have these nice statements but if they don’t mean anything and they’re not related to how we work every day , employees see it.

Brancacio: Human Resources hires, fires and hopefully plays a key role in diversity, equity and inclusion. But once the top brass say, “We have to deal with this cultural issue,” is HR the place to lead the charge on cultural transformation?

Daimler: No. I think it’s one of the myths in the culture that people get it wrong. I don’t think that’s the job of HR. This is not a one-time initiative that HR does only once. I think that’s everyone’s job. And I think it’s something that’s co-created. So it’s not just top-running, and it’s not just bottom-running. It’s something that leaders and employees must co-create together. And not just once – it has to be an ongoing process of examining how our behaviors; how our practices and processes manifest in the business as the business evolves.

Brancacio: I mean, this whole culture change thing has to break down, probably in many organizations, a sense of cynicism. For example, if you conduct business surveys, people often say, “I want to take a new course.” I want to learn new ideas. And then comes the cultural change and there is more learning and continuing education. But what people often say is, “I want the learning that allows me to get promoted to make more money.” And companies can’t offer that to everyone.

Daimler: This is where I think a lot of companies go wrong when it comes to culture and learning. I think the same people complaining about a lack of training or a lack of feedback or a lack of consistent promotion processes are the same leaders and companies that haven’t taken the time to define this playbook ; to define what are these behaviors that we expect from each employee. And that, to me, is more what culture is. It’s not this nebulous set of values ​​- it’s a very distinct set of behaviors that are then integrated into the day-to-day running of a business.

Brancacio: That’s a big theme I see in your book: it’s tied to real behaviors. You strike me, after reading this, as a practical person who wants real, concrete steps when working on culture. And that’s the behavioral part. But what do you really mean by that? Instead of stating the value — you’re stating the value — but you’re talking about some sort of action point?

Daimler: Yes, one of the reasons I wrote this book is that I have been practicing for over 20 years. I think I’ve read all the books; every culture research paper. Culture as a concept has been around for over 70 years, and there are so many definitions around culture — that it’s personality; its leaves on a tree; it’s how you make people happy. And there was no real operational definition. And I experienced a real way of intentionally designing how culture can be. So to answer your question, instead of just saying “teamwork is a value”, teamwork shows up differently at NPR than it does at Twitter and at Udemy. And so clarify a little further to say: what would it look like if we illustrated teamwork; if we acted as a team? Is it to clarify roles before a key project? Do we do post-mortem and pre-mortem? What are these specific behaviors that we want to see, reinforce and reward across the organization?

Brancacio: Here’s the “how are we going to start tomorrow morning” question: there are people listening right now who are saying, “I have to deal with this culture issue that keeps popping up in employee surveys. What must happen first for these things to follow?

Daimler: I think the first thing to do is to first redefine the way you perceive culture. And clarify with employees that this is more than just a list of values, and more than just a one-off initiative. It is an ongoing set of behaviors. So first I would like to take a look at, many companies have a list of values. So looking at what those values ​​are and what they mean to us as a company, each of them might have two or three behaviors that have meaning for each of those values. This is the first step I would take. And then integrate them into the processes we already put in place: are these behaviors integrated into the way we hire? how we integrate; how do we give each other feedback? These are things we already do, so why not just make it easier by clarifying what our playbook is in this business?

There’s a lot going on in the world. Through it all, Marketplace is there for you.

You rely on Marketplace to break down world events and tell you how it affects you in a factual and accessible way. We count on your financial support to continue to make this possible.

Your donation today fuels the independent journalism you rely on. For just $5/month, you can help maintain Marketplace so we can keep reporting on the things that matter to you.