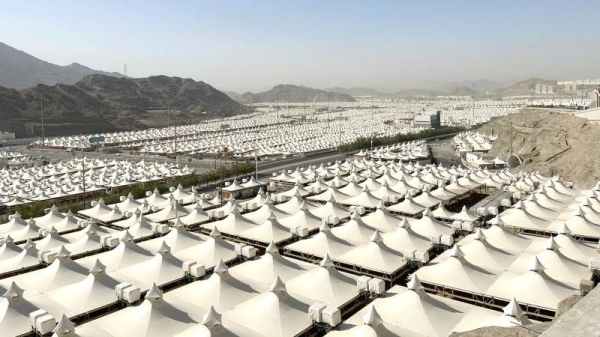 MAKKAH – The Ministry of Hajj and Umrah is expected to announce procedural guidelines for the accommodation of domestic pilgrims during the upcoming Hajj soon.

Okaz/Saudi Gazette has learned from ministry sources that the General Administration of Domestic Pilgrims of the ministry will divide the domestic pilgrim accommodation camps in Mina region into three segments and packages. The first segment is made up of Mina towers while the second is made up of tents developed by Kedana Company. The third is made up of undeveloped tents called “welcome tents”.

It has been decided that a maximum number of six pilgrims will be accommodated in the expanded tent with an area of ​​2.5 square meters per pilgrim, while the number of pilgrims in the undeveloped tent will be 10, at an average of 1 .6 square meters. per pilgrim.

Of the total one million pilgrims who will be allowed to perform Hajj this year, the vast majority of 850,000 (85%) pilgrims are from abroad, while domestic pilgrims make up only 15% or 150,000 pilgrims .