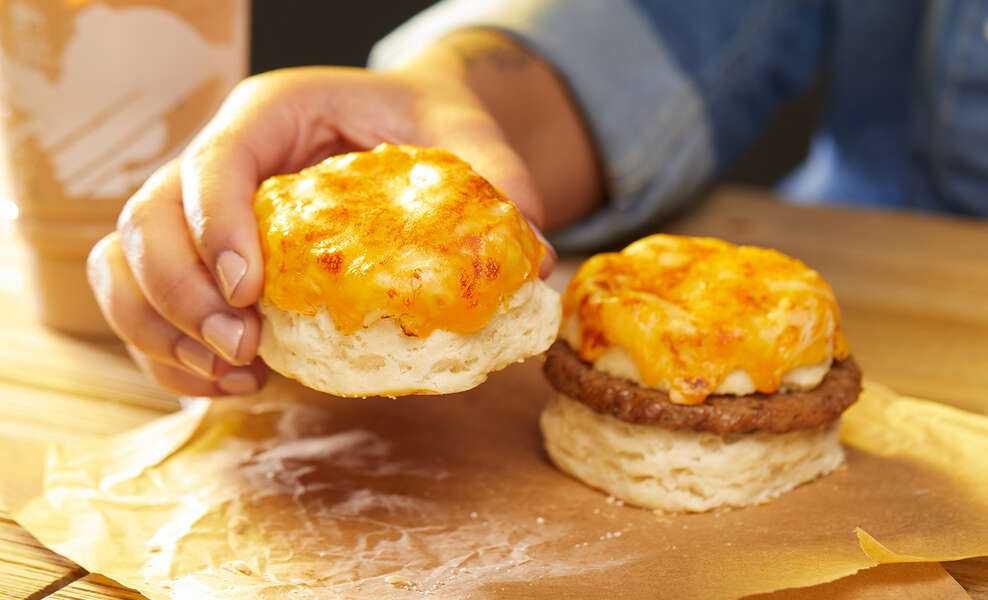 Hot on the heels of the return of one of Taco Bell’s most beloved innovations, the Mexican pizza, the fast-food chain has added another standout item to its menu.

After briefly testing the taco-shaped cookie shell in 2014, Taco Bell is trying its hand at breakfast again with the launch of its Grilled Cheese Biscuit, which features a flaky buttermilk cookie topped with melty cheddar, mozzarella, and pepper jack cheese coating the outside.

Joining select menus in Knoxville, Tennessee, the grilled cheese biscuit is available a la carte for $1.99 or with sausage in the center for $2.49.

For those not in the test market, Taco Bell is offering several consolations with a series of promotions in May and June, including $5 off $25 minimums throughout Memorial Day weekend, $3 off a delivery meal to celebrate the NBA Finals and a free Mexican pizza with purchases of $15 or more on Grubhub.

Speaking of Mexican pizza, it came back after nearly 18 months thanks to a viral petition created by fan Krish Jagirdar.

“Our menu is full of fan favorites, but Mexican pizza tops the list,” CEO Mark King said in a press release. “From its flashy introduction to menus in 1985 as ‘Pizzazz Pizza’ to its inspiration behind the creation of infamous jingles, Mexican Pizza has a long history with the brand and I’m glad we can give fans what they crave. crave and bring our classic Mexican cuisine Pizza home, where it belongs.”