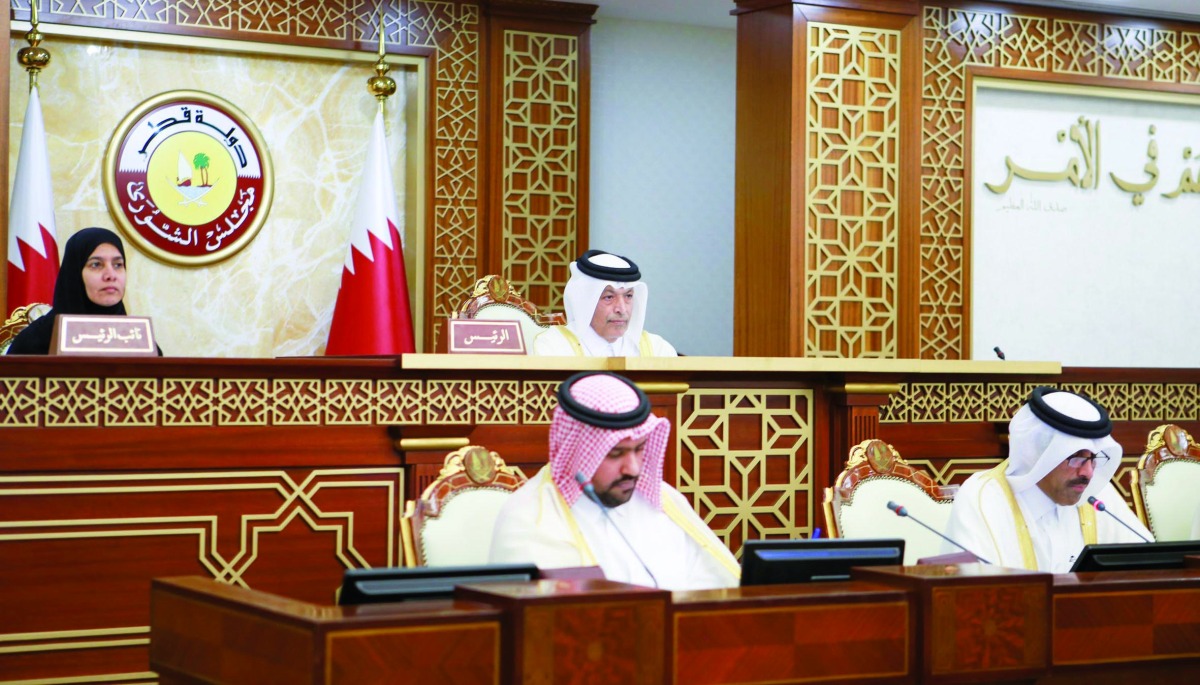 At the beginning of the session, the President, on his own behalf and on behalf of the members of the Council, extended his highest congratulations and blessings to the Amir His Highness Sheikh Tamim bin Hamad Al Thani on the occasion of the blessed month of Ramadan , wishing His Highness good health and happiness, and Qatar and its honorable people and residents more prosperity and development under the able leadership of His Highness, and the Arab and Islamic nations security, peace and stability.

At the start of the deliberations, the Secretary General of the Shura Council, HE Dr. Ahmed bin Nasser Al Fadhala, read out the agenda for the session. The minutes of the previous meeting are ratified.

Subsequently, the Chairman of the Council informed the members of the visit of the President of the Republic of Kosovo HE Vjosa Osmani to the Shura Council, as part of her visit to the country. HE noted that his meeting with His Excellency focused on the relations between the two friendly countries and peoples and ways to strengthen them, especially in the field of parliamentary cooperation.

The members of the Council also examined a report on the participation of the Council delegation in the work of the 11th Congress of the Association of Senates, Shoora and Equivalent Councils of Africa and the Arab World (ASSECAA) which was held in Rabat , the Moroccan capital, on March 3. and 4.