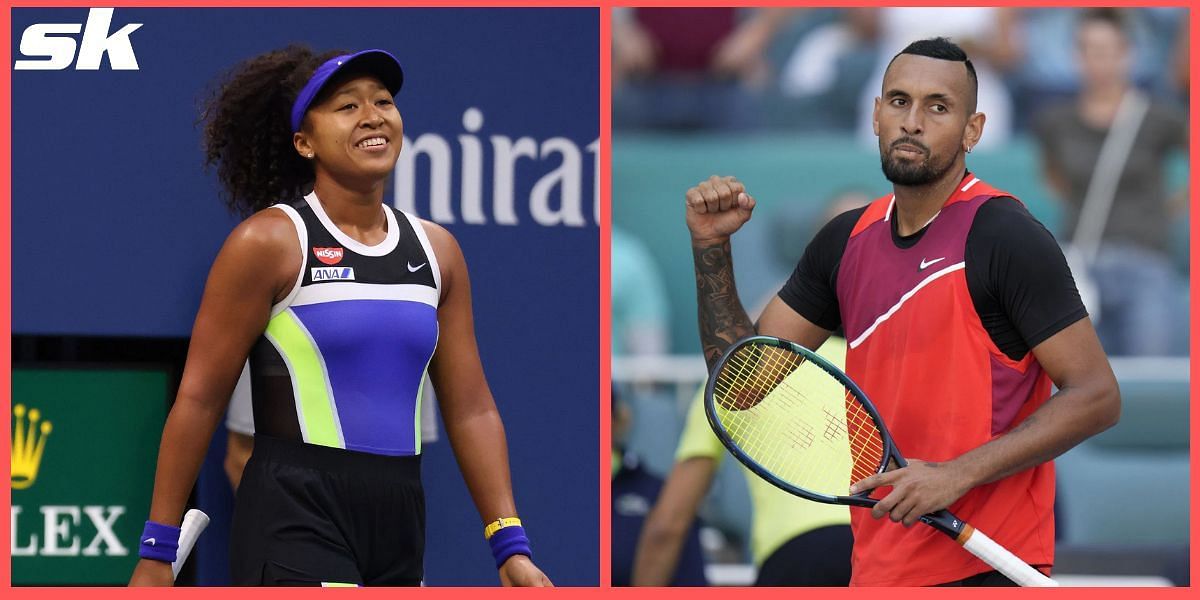 Nick Kyrgios, the eternal bad boy of tennis, has been announced as the first client of Evolve, the athletic management company recently co-founded by Naomi Osaka. The four-time Grand Slam champion, who had been represented by talent agency IMG since 2016, ended their relationship earlier this month to start Evolve alongside longtime agent Stuart Duguid.

Speaking on Boardroom.tv About the signing announcement, the former world No. 1 revealed he chose the Australian as his first client because he epitomized the kind of athlete the company wanted to work with. Hailing his style and personality as “unrivaled” in the sport, Osaka remarked that they have big things planned for the former world number 13.

“Kyrgios epitomizes the types of athletes we want to work with at Evolve,” said Naomi Osaka. “He has an unrivaled style, passion and personality that is unlike anyone else in the sport. We have big things in the works for him which are very unique and pioneering.

Stuart Duguid also praised Kyrgios, calling him the “most talented” and “entertaining” player on the ATP Tour right now. Duguid was of the opinion that the 27-year-old is already considered an icon for up-and-coming players, implying that was one of the reasons Evolve signed him.

Following the deal, Duguid will now represent Nick Kyrgios in both on and off-field ventures alongside his current manager Daniel Horsfall.

“Nick is the most talented and entertaining tennis player on the tour, bar none,” Duguid said. “His energy is contagious. And whether you love him or hate him, you definitely can’t take your eyes off him. At the tennis tournament, you’ll see Nick’s influence in a second. For Gen Z and younger, he is absolutely the icon.

Not a surprising signing, given that Kyrgios had also previously been represented by agent Stuart Duguid.

Aussie star Nick Kyrgios, also formerly with IMG, is the first athlete to sign with Naomi Osaka’s new agency Evolve. Not a surprising signing, given that Kyrgios had also previously been represented by agent Stuart Duguid. https://t.co/M9JwZPFy8s

Nick Kyrgios also echoed his thoughts on the signing, saying the partnership was in line with how he has done things differently throughout his career. Hoping that this adventure could help bring out his personality on the tennis court even more, the Australian said he was delighted to work with Naomi Osaka and “to push the game forward”.

“When I learned that Stuart and Naomi were starting an agency focused on supporting athletes like me, it made perfect sense to join them,” Kyrgios said. “I’ve always tried to do things differently throughout my career and bring my full personality to tennis. I’m excited to be working with Stuart and Naomi Osaka to continue building on what we started and moving forward. tennis.

“We’re both hugely ambitious, so we’ll grow together to the rhythm of our destiny” – Stuart Duguid on partnering with Naomi Osaka

During the interview, Stuart Duguid also opened up about his relationship with Naomi Osaka, noting that he and the Japanese are very similar in terms of ambitions and goals. He was certain that together they could add a previously unknown perspective to the athletes’ affairs and bring them closer to achieving their dreams.

“Naomi Osaka and I are very different in some ways, but when it comes to business and marketing, we tend to be very aligned and see things the same way,” Duguid said. “We feel we have a unique and experienced perspective on the athlete business that transcends their sport and affects culture. Only a select few do this and we know we can add value and help others achieve their dreams. .

Stuart Duguid said the company is only interested in signing athletes who can “push the limits” and that their main goal is to empower them in their quest for greatness. Adding that he and the four-time Grand Slam champion were in agreement on that, Duguid had no doubt they would grow together in the years to come.

Read also
The article continues below

“[Me and Naomi Osaka] only look to those who influence culture and push boundaries,” Duguid said. “The goal is not to be big or small, but to change the industry and empower athletes. We are both hugely ambitious, so we will grow together at the rate our destiny dictates.