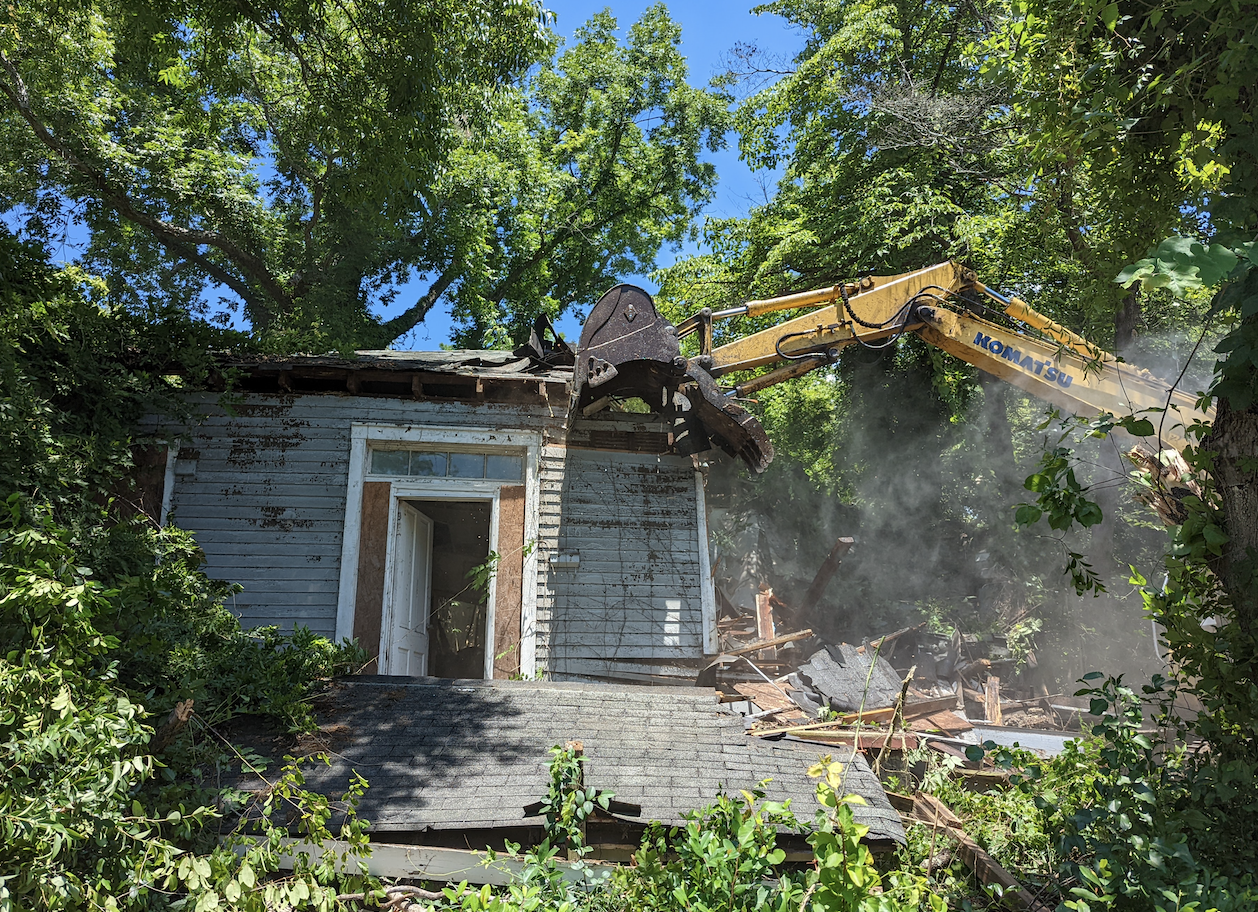 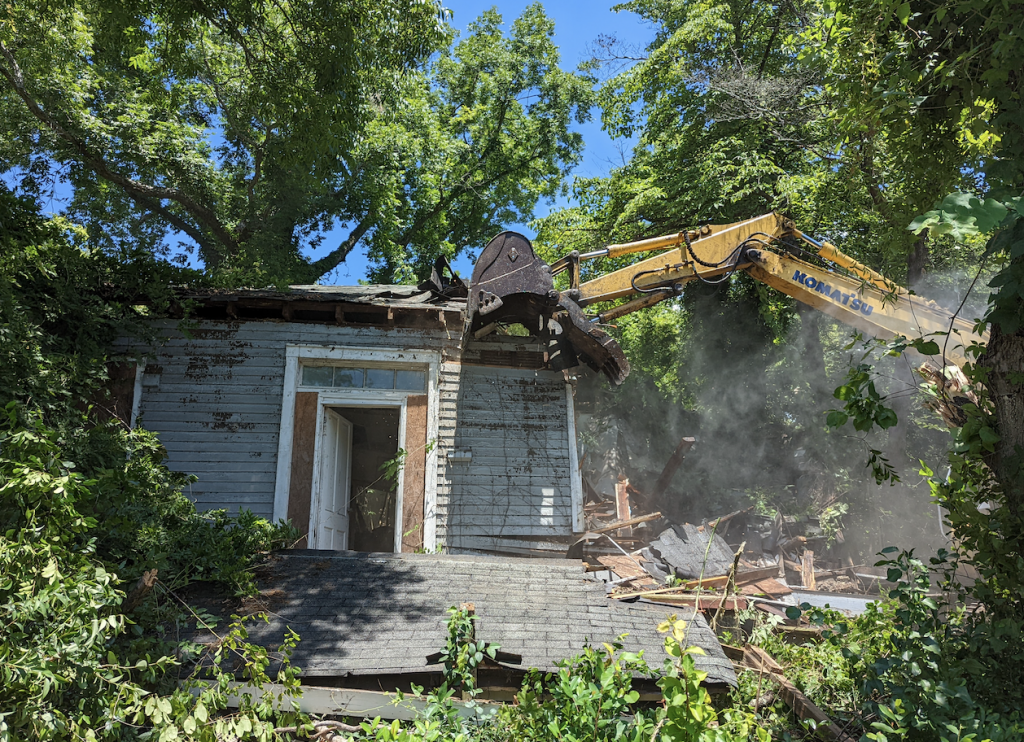 On Monday, July 11, at 10:00 a.m., the Macon-Bibb County Public Works Department will begin demolition of the 200e dilapidated and dangerous structure of the #BlightFight initiative.

A press conference will be held at the house at 1185 Kitchen Street before demolition with comments from Mayor Lester Miller and acknowledgments from the departments, agencies and businesses that have come together in this effort to aggressively remove the blight from neighborhoods.

“It has truly been a team effort since the day we made the decision to really tackle the plague that is eating away at neighborhoods and making us all less safe,” Mayor Miller said. “No child, person or family should have to live near these structures which attract crime, rodents and other safety and public health concerns.”

The press conference and the first part of the demolition will be broadcast live on Facebook (www.facebook.com/maconbibbcounty). Throughout the week, there could be at least three and up to six additional demolitions, depending on the weather and the time to demolish each.

Mayor Miller and his team launched the #BlightFight in April 2021 with the goal of removing 30 dilapidated and uninhabitable structures in 30 days. This goal was reached 9 days earlier and quickly turned into 100 structures by the end of the year, in eight and a half months. The 100 demolished in 2022 were demolished in just over six months, putting the county well ahead of its 2021 total.