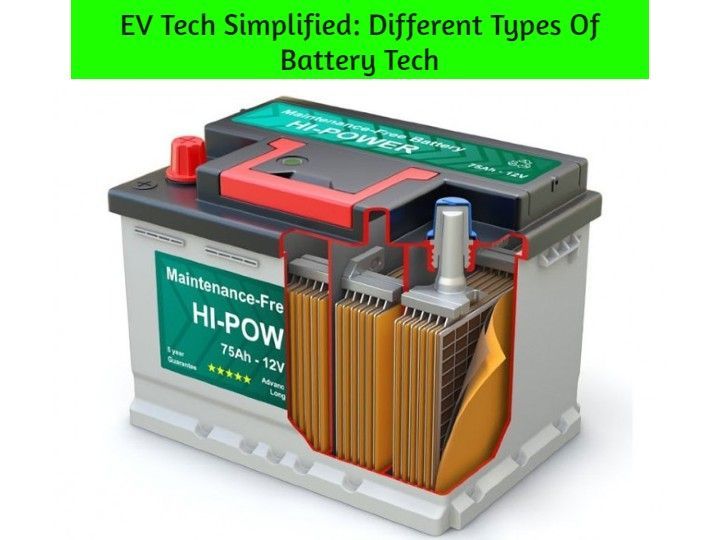 Electric vehicles have grown tremendously over the past two years as an alternative to internal combustion engines, and are enjoying great popularity with major automakers entering the electric vehicle space with feature-packed and capable products. . Speaking of electric vehicles, what lies at the heart of an EV is the battery and today we will be discussing the types of battery technology commonly used in the automotive industry.

lead acid batteries
We are starting from lead-acid batteries, which are rechargeable units, which have been around for a very long time, electrifying automobiles. The grid structure of lead acid batteries consists of a porous lead negative electrode in a plate soaked in dilute sulfuric acid. This is where the reactions take place for charging and discharging to occur. The process mainly consists of converting potential chemical energy into electrical energy and vice versa.
Lead acid batteries are heavy and have a faster rate of discharge with less energy density, however, they are cheaper to produce than li-ion batteries.

Lithium ion batteries
Lithium-ion is a relatively newer technology, which was developed in the 1990s, but has recently become the main battery technology in different types of applications. Inside the battery, the positively charged lithium ions are transported by the liquid electrolyte from the anode to the cathode and vice versa. This movement is what therefore creates the charge.
Li-ion batteries are much lighter than lead acid ones, although they are expensive to manufacture and therefore expensive. They also have a slower discharge rate, making them reliable and a preferred option for EV applications. You can find out more about the difference between lithium-ion and lead-acid batteries here.

Nickel-metal hydride
Nickel metal hydride (NiMH) batteries emerged in the 2000s and have been widely used in hybrid vehicle application.
Current in a NiMH battery is created by an electrochemical charge and discharge reaction between electrodes made of a hydrogen-absorbing alloy and nickel oxide hydroxide, aided by an alkaline electrolyte.
This type of battery technology has a longer cycle life and is safer than lead acid batteries. However, NiMH batteries have a high rate of discharge and are also more expensive to produce.

Solid state batteries
Solid-state batteries (SSB) are essentially the same as lithium-ion batteries, except that they use a solid electrolyte unlike the liquid one in lithium-ion. The rest of the process remains the same of ions traveling from anode to cathode and vice versa. This technology is still in its infancy, but when it comes into use, it has the potential to change the way our batteries work. SSB has an even higher energy density than li-ion, it also has longer life and increased safety, all in a smaller size.
Gogoro, a Taiwanese electric scooter and battery swapping company, has unveiled a prototype of the world’s first solid state lithium ceramic swappable battery. The company claimed that SSB would increase the capacity of current lithium batteries by more than 140%. More interestingly, the SSBs will also be backwards compatible with all existing Gogoro electric vehicles.