News and research before you hear about it on CNBC and others. Claim your one week free trial for StreetInsider Premium here.

Rather than publishing a complete “story” of the entire business plan all at once, we will inform the public in planned stages. This press release will focus on the planned structure of the Company.

Mark Gaalswyk is the owner of several companies and holds patents both in his name and in the name of his companies. It will bring many technologies, patents and companies under the DUTV public umbrella.

The first company to merge will be Easy Energy Systems, Inc.

This company has a number of disruptive patented modular technologies that have won numerous global awards, including the Fire Starter Award as one of the 12 most game-changing ideas on the planet. (Tesla won this award the previous year)

Founded in 2006, Mark, which owns 96% of Easy Energy Systems, Inc., has invested more than $16 million in the development, patenting, licensing and testing of numerous cutting-edge disruptive modular technologies. This portfolio of technologies extends far beyond renewable energy or agriculture.

It has been agreed that since Mark currently owns 96% of Easy Energy Systems, Inc. (EES), he will agree to both become CEO of DUTV and also exchange the majority stake of EES in exchange for 100% of the property of Dakota Max, LLC. Dakota Max, LLC. currently owns a majority stake in DUTV with 2,280,584,037 common shares. This will effectively provide Mark with majority control of 66.033% of DUTV. Events affecting the timing of this business combination will be announced in the next press release. In the meantime, DUTV will begin accelerating the manufacturing, operations, and sales of various Easy Energy Systems, Inc. technologies, all under the public DUTV umbrella. It is expected to take a few quarters before these revenues are reflected in DUTV’s financial reports.

Digital Utilities Ventures, Inc. strives to become a formidable presence in the green solutions market. We have identified strategic opportunities for acquisitions and joint ventures that will allow us to capitalize on existing and emerging opportunities in this industry. Consumers understand the importance of switching from conventional assets to inexhaustible sources that do not produce ozone-damaging greenhouse gas emissions from petroleum by-products and reduce airborne contaminants. Improving green solutions such as energy supply and reducing dependence on imported fuels will contribute to economic development by increasing jobs in manufacturing, assembly, etc.

This press release contains statements that may constitute “forward-looking” statements, generally containing the words “believe”, “estimate”, “project”, “expect” or similar expressions. These statements are made pursuant to the safe harbor provisions of the Private Securities Litigation Reform Act of 1995. Forward-looking statements inherently involve risks and uncertainties that could cause actual results to differ materially from the forward-looking statements. Factors that would cause or contribute to such differences include, but are not limited to, market acceptance of the Company’s current and future products and services, the Company’s ability to develop new effective products and to receive regulatory approvals of these products, competitive factors, reliance on third-party vendors and other risks detailed in the Company’s periodic reports filed with the Securities and Exchange Commission. In making these forward-looking statements, the Company assumes no obligation to update these statements for revisions or changes after the date of this release. 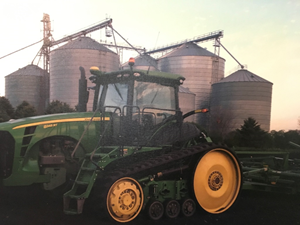 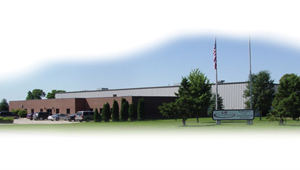