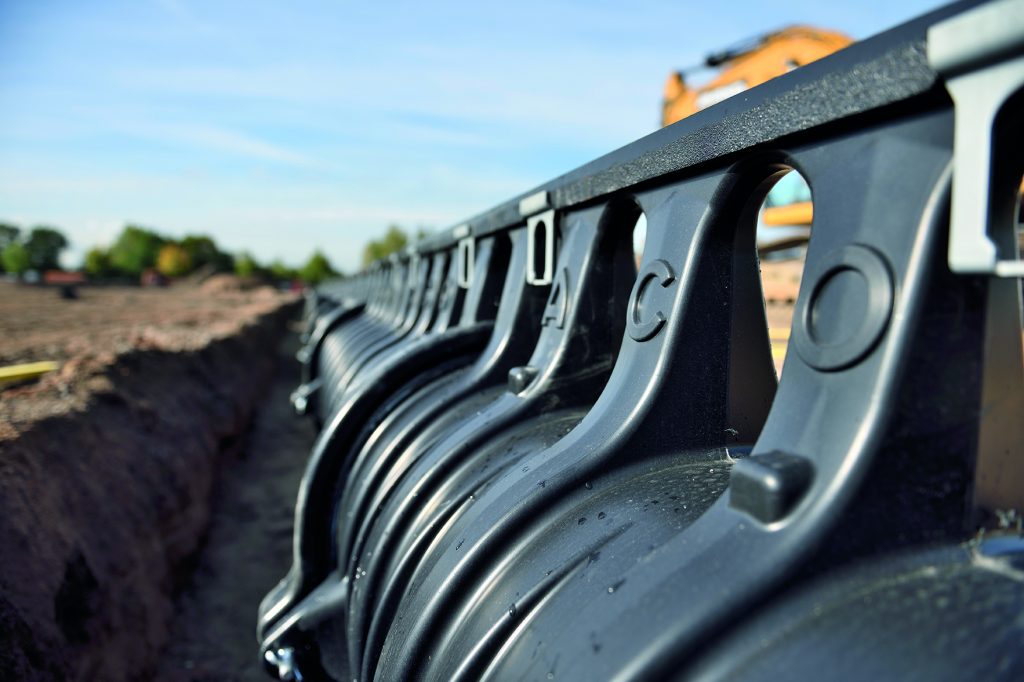 Aco’s holistic approach to water management is proving increasingly valuable as an antidote to climate change and declining biodiversity in Britain.

Surface water management is the specialty of the Aco Group, widely recognized as one of the world’s leading providers of stormwater control and sustainable drainage systems.

Significant investments in research and development as well as a history of innovation mean that the company is
well positioned to meet market demands in an era of increasingly harsh weather events and heightened environmental concerns.

“Our drainage products, design services and support to infrastructure engineers are dedicated to the effective management of surface water,” says Mike Simpson Lane, Managing Director of Aco Technologies, the UK division of the group established in 1984.

Water management, which he essentially defines as dealing with the quantity of surface water – in particular, the interception of water and its eventual release. Water quality can come into play, he says, as can storage and mitigating the effects of stormwater runoff.

The latter elements are gaining in importance as weather conditions change and the UK is expected to receive increased rainfall in the coming years. Durability has joined resilience as key words in the hydrologist’s lexicon, according to Simpson Lane, who points out that both have long been considered in the formulation of Aco drainage systems.

Beyond that, wildlife safety and biodiversity have significantly influenced Aco’s thinking. Simpson Lane says Aco has always paid much more than lip service to wildlife conservation, funding research and development of appropriate safeguards including wildlife fencing and road tunnel systems – including the versions go back 35 years.

“We are very aware that here in Britain biodiversity loss is currently happening faster than anywhere else in Europe, that one in three species is threatened,” he says.

“We believe it is essential to protect wildlife habitats but also to provide means to facilitate migration, for example between habitats and spawning grounds.

The Aco range of wildlife systems includes specially designed guide walls and curbs to direct species away from danger, posed by ravines, other drainage features and roads.

Innovation, a philosophy anchored from the start

Aco as an entity stems from the Ahlmann Company (from which it takes its title), a family business dating back to 1840 and based in the Schleswig-Holstein region of Germany. The Ahlmann company mainly worked in cast iron in the road, agricultural and shipbuilding sectors.

From the 1920s, the development of sewer products began in concert with project engineers working on Hamburg’s first sewer system. Working together with engineers on projects was to become an Aco “thing”, designing and producing practical solutions based on close professional collaboration.

There was a shift to precast concrete for products such as large diameter pipes in the late 1930s, followed by the adoption of plastics in the 1950s. By this time Aco had been founded by Josef-Severin Ahlmann and attention was increasingly turning to surface water drainage.

“The catalyst for this came in the development of simple box-section channels for the drainage of domestic driveways with the exploitation of a basic principle: that water finds its own level,” says Simpson Lane.

“Roughly expressed, the channels did not need to be laid flat – they could be installed level. They just needed an opening at one end, allowing any intercepted surface water to disperse. Manufactured made from lightweight materials, the channels were inexpensive to produce, inexpensive and easy to lay.”

The overall concept represented a breakthrough for Aco; one that would be applied in a civilian context. Aco then developed a range of channel drainage solutions as well as a range of other surface water management products.

The UK division, Aco Technologies, is based in Shefford, Bedfordshire. It has two manufacturing sites and uses a diverse range of materials, including polymer concrete, iron, steel and plastic.

Aco Technologies has worked on a number of major surface water management projects in Britain, for example Heathrow Terminal 5 and the London Olympics site. For the latter, it developed an innovative hybrid polymer concrete – called Vienite – which contained 20% recycled materials, fulfilling a condition imposed on all Olympic Park bidders. The investment paid off.

Aco systems were used all around the athletics track, at the water jump and in the pit for the pole vault.

“We have won contracts across the entire Olympic Park site,” says Simpson Lane.

Innovation has always been a strong point of Aco Technologies: a talent nurtured by members of the company’s internal and external design team, skilled in hydrology and systems interconnection; often with the contribution of the consultants with whom Aco has collaborated.

In addition to its design skills, Aco Technologies offers software to help the engineering community perform their own calculations, as well as design viewers to help assess the impact of various input and network details. 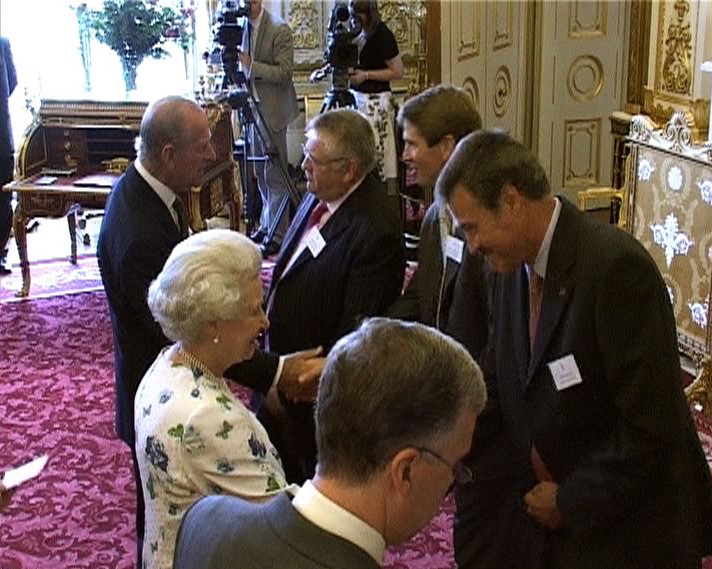 Aco has won two Queen’s Awards for its drainage products

Of particular interest is Quad Hydraulic design 2.0, the first cloud-based drainage design software available on the market. Offered free of charge to users, it allows the efficient and precise hydraulic design of surface water management facilities.

Another measure of Aco Technologies’ commitment to lateral design thinking and development is the two Queen’s Awards for Innovation it has received, the first in 2001, the second in 2006.

Aco’s KerbDrain won second prize. KerbDrain is a combined curb and linear drainage system that can be used with all kinds of infrastructure, from small highways to highways, parking lots and cityscapes.

Despite its success, Aco Technologies does not rest on its laurels, particularly on its impact on the environment. It has long focused on recycling and recyclability of its products, as well as reducing and offsetting carbon emissions.

“We remain committed to always looking for ways to reduce our environmental impact in our manufacturing processes as well as in the design, delivery and end use of our products,” says Simpson Lane.

Do you like what you read? To receive daily and weekly New Civil Engineer newsletters, click here.