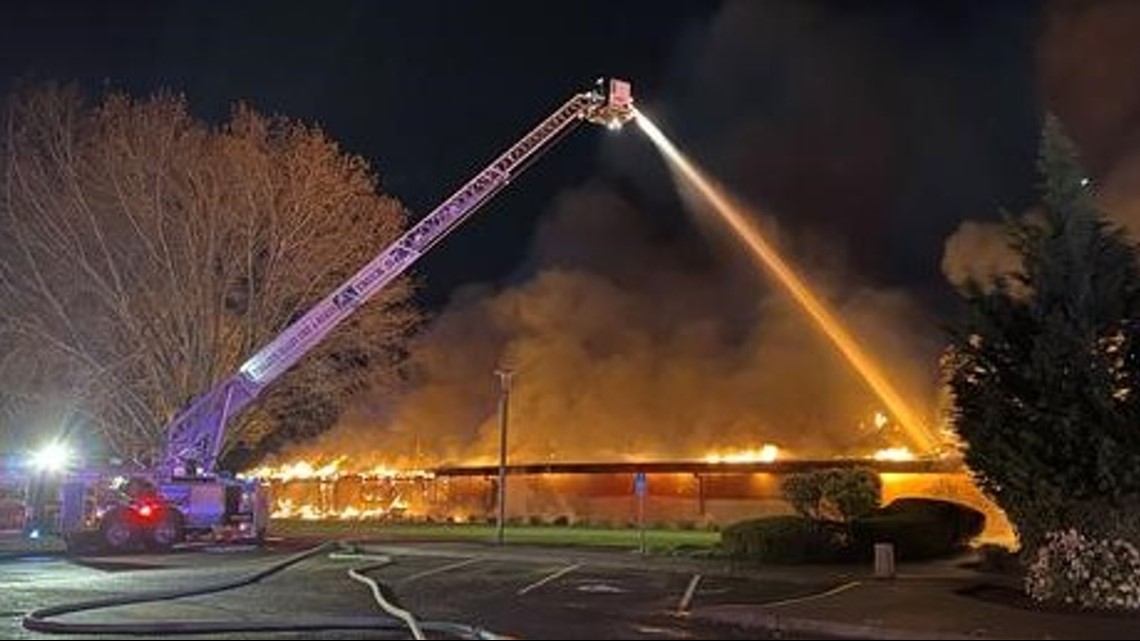 Police say a man who appeared to be in a mental health crisis started the fire which destroyed the 33,000 square foot DCI International building.

NEWBERG, Ore. — A deadly fire that destroyed a 33,000-square-foot food building in Newberg earlier this month was ruled an arson on Thursday, Newberg-Dundee police say.

The person suspected of starting the fire, Ricardo Cornejo Garcia, 46, died in the flames, police said, adding he was believed to have been in a mental health crisis, intoxicated or a combination of both when the fire occurred.

At around 2 a.m. on April 10, first responders received a call from a man who said he had a medical condition. He claimed to be at the Fred Meyer’s “garden center” in Newberg, then made unusual claims about “vampires” after him, police said.

He finally told the dispatcher that he was “going to start a fire”.

Officers found no one at the Fred Meyer and instead saw smoke billowing from the DCI International building across the street to the west. DCI International is a family business that manufactures dental supplies.

Police said the building was quickly engulfed in flames, prohibiting search efforts by first responders. The search was further delayed for several days “due to the extreme dangers left by the collapsed structure”, police said.

On April 18, police located Garcia’s remains among the rubble of the burned building. His cause of death was determined to be smoke inhalation.

“It is believed that Garcia, while in a mental health crisis, may have perceived he was at the Fred Meyer Garden Center, prompting him to give the wrong location on his first call” , police said in a news release.

Police said he then “burst into the DCI building” and started the fire. The building was a total loss.

Police said Garcia was wanted and initially provided the 911 dispatcher with an alias when he called.

“This case can only be summed up as an unfortunate tragedy, resulting from the underlying behavioral health issues that affect so many Oregonians every day,” police said. “Our hearts go out to Mr. Garcia’s family and everyone negatively impacted within the DCI Company.”