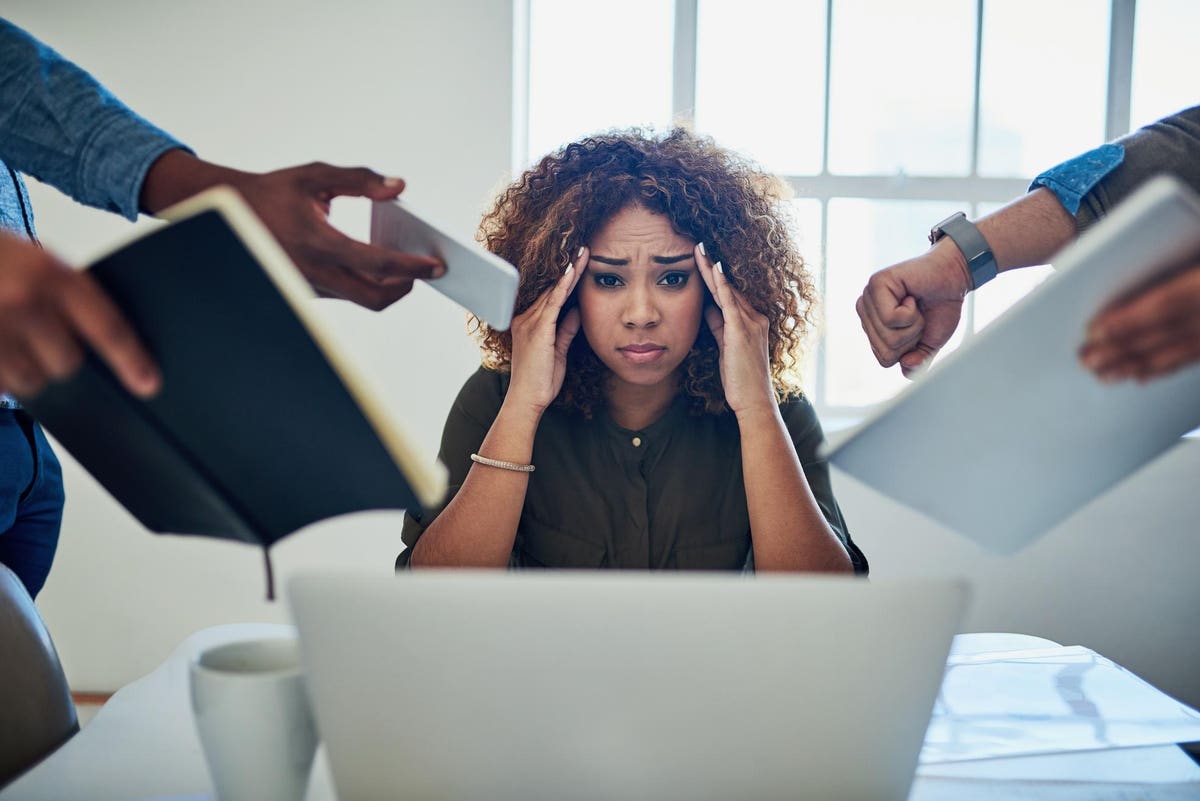 One of the biggest stressors at work is a bad leader. According to a recent Gallup report, lack of leadership is the number one reason employees quit, costing American companies $1 trillion in revenue each year. The result of poor leadership leads to negative Glassdoor reviews, an endangered corporate reputation, and diminished competitive advantage. All of this deters top talent from applying or accepting job offers because of how the company is perceived in its industry.

A SHRM survey found that 84% of American workers say poor leadership creates unnecessary stress and an overwhelming workload. Bad leaders are often reactive, impulsive and unpredictable. Reactive and impulsive leadership often stems from tight deadlines, intense pressure, professional concerns, and a drive to prove yourself. While there are some upsides to impulsive leadership, like being quick to adapt, thinking out of the box, and acting quickly, there are even more downsides.

Here are three ways impulsive leadership does more harm than good to an organization.

A common trait of an impulsive leader is making departmental changes without first taking the time to understand the existing culture. Sarah Walters, marketing manager at The Whit Group, explained that while intent is well-intentioned, a leader’s impulsiveness usually does more harm than good. It costs the business time, money and resources because you have to go back and redo things that have been done reactively.

In addition, there are impulsive leaders who can’t make up their minds, which leads them to constantly change direction. A common example is giving instructions for a task and contradicting them the next day. As such, it leaves the employee feeling uncomfortable and uncertain about how to meet the leader’s needs. As a result, employees feel disempowered and dependent on the leader’s instructions. Moreover, it creates frustration and confusion that prevent team members from achieving their goals. Additionally, a lack of clear instructions and expectations leads to an increase in errors that result in poor performance and productivity. An employee who always received praise for his work before may now suffer under the direction of an impulsive leader. This could destroy their confidence which would then turn into insecurity and a reluctance to be proactive and innovative.

One of the biggest drawbacks of an impulsive leader is creating instability in the workplace. Reactive decision-making and impulsive actions most often lead to disaster rather than success. Since there is no consistency in the behavior of an impulsive leader, employees are unable to anticipate what is to come. Steve Anderson, CEO of JunkYardNearMe, said, “Impulsive leaders constantly focus on pressing issues and fail to identify the root causes of recurring problems; this makes it difficult to put in place preventative measures to prevent the problem from recurring.

Rather than consulting team members, the impulsive leader makes decisions on the spur of the moment and expects immediate buy-in from their team. The challenge is that they often don’t think about the consequences of their actions and decision making. So when a mistake happens, impulsive leaders quickly avoid accountability and instead blame their team. This not only creates more work for the team, but it also leads to resentment, tension and unnecessary stress. All of this has a cascading effect on the rest of the organization.

Employees feel like they are set to fail due to tasks and big projects being added to their workload without any understanding of a deadline or what is expected of them. When they attempt to ask their leader for help, they are met with silence because the leader has already shifted their attention to another task. Dr. Elizabeth Lombardo, Ph.D., CEO, keynote speaker and concierge coach, asserted that “managers who are prone to acting impulsively are generally not focused. They go from one task to another and then back to the one they just did because it all depends on how the rest of their day goes. These types of managers lack a real sense of organization and do not prioritize their responsibilities in a meaningful way. She added, “Because the manager hasn’t designated these responsibilities as of utmost importance, employees, too, will lack that focus and won’t know which tasks should be prioritized.”

Impulsive decisions lead to dysfunction and destabilization of a team. Reactive and impulsive decision-making creates an atmosphere of fear, conflict, blame, and distrust, which makes it difficult for individuals to achieve their goals. Eva Taylor, Content Manager at WP Buffs, explained, “Most of the time these decisions result in actions that require backtracking at a later stage, wasting time and resources and also lowering employee morale. who must pay for the mistakes of their leader.

Due to a lack of consistency and ever-changing expectations, employees wonder how they should spend their time. Vaibhav Kakkar, CEO of Digital Web Solutions, said, “An employee’s ability to achieve their goals will be severely hampered if they don’t have a clear understanding of what is expected of them.” He added, “It is possible for company goals to be achieved, but more often than not it will happen either by accident or through the diligent efforts of employees who achieve those goals despite the rash decisions made by their manager. .”