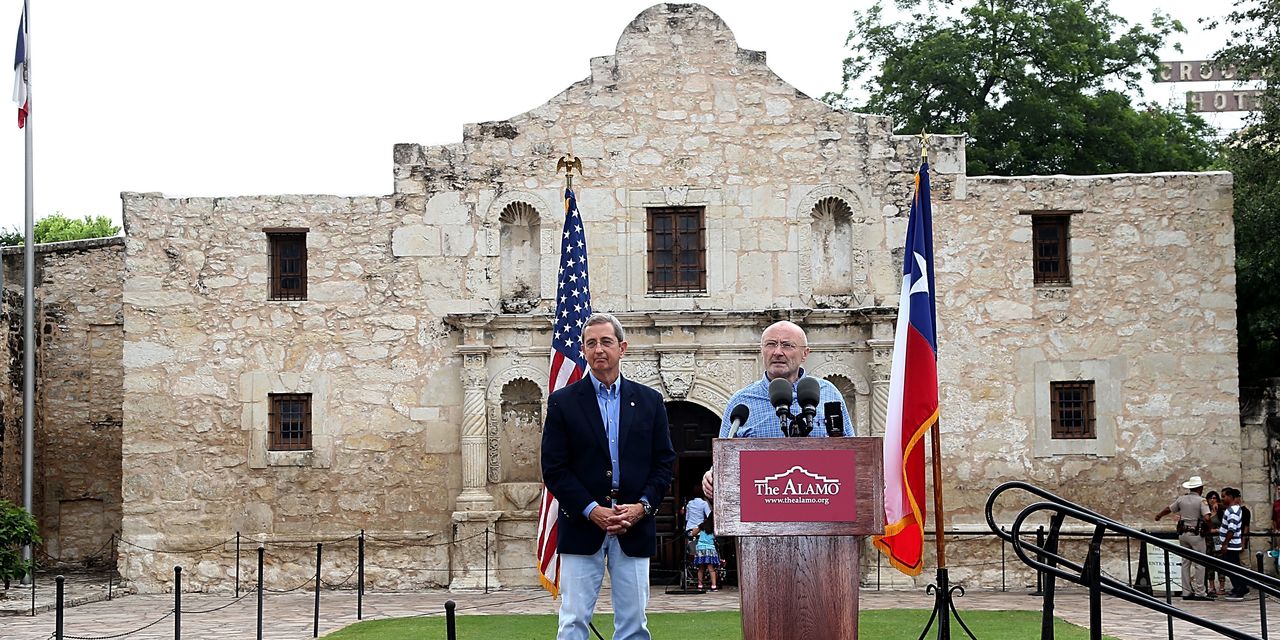 SAN ANTONIO – When Phil Collins donated his vast treasure trove of Alamo-related artifacts to Texas seven years ago, his only major condition was for the state to establish a museum at the famous mission fort to display it by 2021. The State accepted, innovating on space this summer.

But Texans differ on whether the museum, anchored by this collection donated by Mr Collins, should focus on celebrating the small group of leaders who played key roles or reflect a larger and more complicated history.

Some local activists like George Cisneros and Ramon Vasquez believe the Alamo Museum should further explore the contributions of Mexican-born Texans, or Tejanos, as well as Indians and Blacks under contract and enslaved. Some politicians like Republican Lieutenant Governor Dan Patrick are poised to expand the museum as long as the focus remains on the battle itself and its leaders, like Davy Crockett. Others dig against what they believe is an incorrect rewrite of history.

Years of public hearings and cloistered workshops have not eased tensions. The debate has become so heated recently that tourists from Alamo have had to bypass armed protesters to reach its iconic church.

“It has become a circus,” said Dora Guerra, a retired rare book librarian who worked at the Alamo library.

The Alamo Mission Fort is famous because a small group of settlers and pioneers, including Crockett, died there fighting a larger Mexican army in 1836 in an attempt to gain independence from the Texan. Mr. Collins’ gift includes hundreds of items related to this battle, from musket balls searched nearby to documents signed by Crockett.

The disagreement over Alamo’s exhibits reflects arguments elsewhere as museums and historic sites across the country grapple with their stories, rethink exhibit narratives, scrutinize donor fortunes, and verify the diversity of their management.

The Alamo itself remains a touchstone in the history and popular culture of the United States. Hollywood regularly celebrates characters like Crockett, notably played by John Wayne in 1960. Before the pandemic, Texas’ main landmark attracted 1.6 million visitors per year.

“The Alamo has such a mythical status that everyone thinks they know its story, but maybe they only really know it for a day or a few moments,” said Brian Franklin, associate director of the Center for Presidential History. from Southern Methodist University. “Devotion is almost religious.

Mr Cisneros, a private citizen, said he joined Alamo’s citizens’ advisory committee because he wanted monument managers to re-examine the fort’s narrative. He said he feared the museum would keep the white fighters at the center and ignore the Tejanos who fought alongside them.

Following a committee meeting on October 5, Mr. Cisneros emailed the committee saying he was concerned that the state-approved museum was “an expensive palace glorifying the Alamo myth. “.

Mr. Vasquez, spokesperson for the indigenous Tap Pilam Coahuiltecan nation, attended the same meeting where he said: “We have to bring other stories and people to the fore because for too many years they have been. an afterthought.

The nonprofit Alamo Trust said its exhibition story is still taking shape. State and city funding is in place and Mr. Collins’ deadline is approaching, so organizers opened a $ 20 million exhibition hall and collections building in mid-August. Afterward, he plans to build a larger $ 140 million museum that will open in 2026.

Mr. Collins is well known to collectors in Texana for spending decades amassing around 430 items, including orders from Mexican General Santa Anna for battle and Alamo-era knives like those wielded by border fighter Jim Bowie. The rock star himself unearthed artifacts more than a decade ago, according to a 2012 book he wrote about his efforts.

Mr. Collins, currently on tour with Genesis, declined through his manager to comment. In his book he wrote: “It may seem strange that something so American could affect someone so young thousands of miles away,” and added: “The story of Alamo m ‘has remained, and there is no escaping it.

Kate Rogers, the trust’s new executive director, said Mr. Collins’ collection is a catalyst for “telling a stronger story” about the Alamo. She said the trust intended to tell a version that stretches long before and after the battle itself. It will also highlight other people linked to the site, including Tejanos, indigenous peoples and the Franciscan friars.

Apparently, any change to the Alamo site can cause strong emotions among Texans.

Armed militias like This is Texas Freedom Force helped thwart a plan to move a 56-foot-tall marble monument to the plaza. A proposed plan to surround part of the fort with plexiglass walls was also scaled back after several groups pushed back, saying it did not fit the site.

In July, Mr. Patrick, the lieutenant governor, ordered the Bullock Texas State History Museum to cancel an online panel of authors to discuss a new book, “Forget the Alamo: The Rise and Fall of an American Myth, “which examines the roles slavery played in the lead up to battle.

Messages left with the Lieutenant Governor were not returned. At the time, he issued a statement criticizing the book as “a controversy masquerading as history.”

Chris Tomlinson, one of the book’s co-authors, said he has since declined offers to relaunch the panel featuring state-approved historians. “We were told to show up or not, and they said they were going to tear up our book no matter what we do,” Mr Tomlinson said of the panel organizers and Mr Patrick.

For those working at the site like Ernesto Rodriguez, Alamo’s senior curator, the hope is that the new spaces can provide lasting relaxation. Standing recently in the small room that currently serves as the Alamo’s art storage vault, he said that the Alamo can only display about 100 of the approximately 2,500 pieces in the global collection.

Until a few years ago, tourists arriving at the site found few exhibits that could help visitors reimagine what the fort might have looked like, other than taking a peek into the church itself or in a small building nearby housing memorabilia.

“People all know the saying— ‘Remember the Alamo’ —but our job is to tell them why,” Rodriguez said.

Alamo historians still say they should hire independent provenance researchers to look into the ownership history of Mr. Collins’ coins in order to filter out possible forgeries or attribution errors. Patrick Gallagher, an exhibit designer working with curators, said they would reassign everything to the Alamo era or label the pieces as reproductions.

Ms Rogers, the executive director, said she intended to apply a simple approach to the whole story of Alamo. If one is to debunk the story that the fort’s commander, Lt. Col. William Barret Travis, used his sword to draw a line in the sand when he was looking for volunteers to fight to the death at the Alamo, so be it.

If the “evidence shows that it didn’t happen, we’ll explain how history became part of popular culture – we’ll unpack it,” she said.

How do you think the organizers should present the history of the Alamo in the new museum? Join the conversation below.