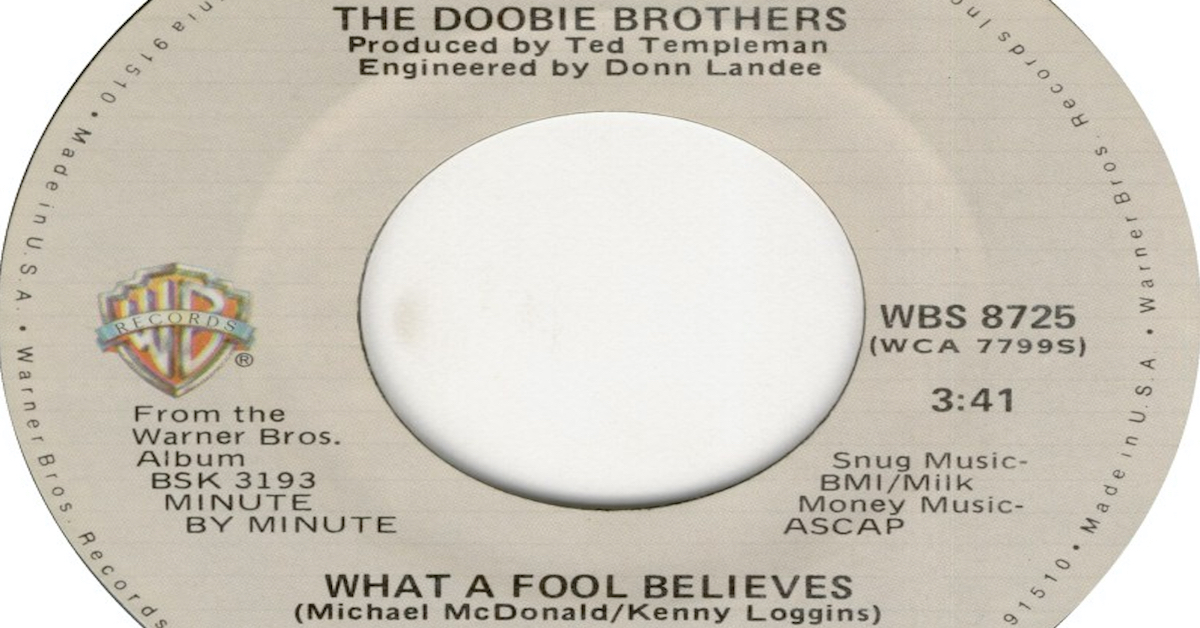 Doobie Brothers’ “What a Fool Believes”: Behind Their # 1 Hit


The Doobie Brothers were in dire straits in the late 1970s. By the mid-decade co-founder Tom Johnston, who had shared most of the writing and singing duties with fellow original member Patrick Simmons, had left the band. due to a medical situation. He had contributed a little to their 1976 album I take her to the streets, but the title track for that LP was written and sung by Michael McDonald, a keyboardist the Doobies had added to the band the year before.

McDonald had come to them through Steely Dan – he had been a tour member of that band, but Steely Dan had decided to give up live performances altogether. McDonald’s hosted the new gig with the Doobies and was blown away when, a few years later, he was asked what he thought about becoming their lead singer. Even if Living on the fault line, the band’s 1977 album, had reached the top 10, there were no hit single, and it was obvious to everyone involved that the band needed a reboot. It was felt that McDonald’s soulful singing and songwriting skills would be just the ticket. 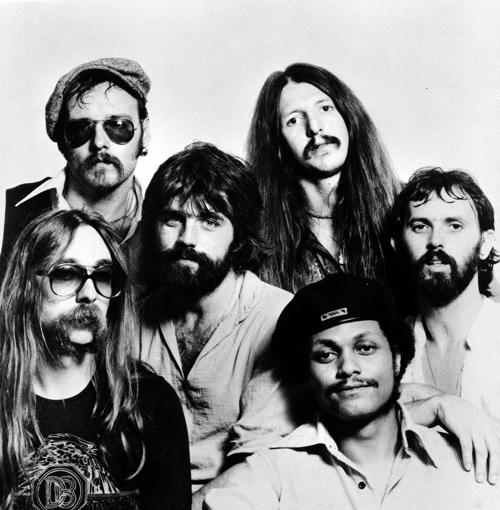 When the Doobie Brothers started working on their next album in 1978, McDonald’s started brainstorming new song ideas. He had started working on one, but there wasn’t much yet. In a new interview taken during a break from the 2021 Doobies reunion tour, McDonald picked up on the story of the best classic bands:

“‘What a Fool Believes’ is a song I wrote with Kenny Loggins. Oddly enough, it’s a song that maybe never would have been written. I had the little piano riff and some lyrics in the song. first verse, and that was about it. I would play it periodically for [producer] Ted Templeman, and he said, “Dude, you gotta finish this song because I’m telling you, it’s a hit!” I said, ‘Someday something is going to pop up’, and he said, ‘I’m telling you. Finish this song and cut it with the band. ‘ Most of my songs are self-written; I always try to let a song dictate its own future.

“I was about to write with Kenny Loggins for the first time, and we made an appointment to meet at my house. He drove down from Santa Barbara and my sister heard he was coming to the house to write, so she showed up and decided she wanted to clean my house. I’m a pig, I had ashtrays full of cigarettes and empty Coke bottles on the piano, beer cans, dirty underwear. So she picks up socks from the floor and I play her little bits of stuff on the piano that I had set up a few hours earlier just to read the lyrics I had written on slips of paper in notebooks. I had little piano stuff in mind that I was working on.

Related: Our interview with Patrick Simmons and Tom Johnston

“While she’s cleaning the ashtrays, I’m like, ‘Hey, what do you think I’m playing this for Kenny?’ I played that little riff from ‘What a Fool Believes’ and just a little bit of the lyrics, and she said,’ No, I don’t know about that one. It sounds like circus music or something like. I don’t know if Kenny would like that. At that moment the doorbell rings and she’s in shock because Kenny Loggins is at the door. Kenny has all that stuff, his guitar, and I said : ‘Come on, man, let me help you.’ I grabbed one of his guitars. And he said, ‘Before I said anything, you were just playing something on the piano when I rang the doorbell. Is that something new?’

“I said, ‘Actually, I was just playing it for my sister to see if maybe she thought it was something that I could play for you, to get your opinion.’

“He said, ‘Fantastic. I want to work on this first. So ‘What a Fool Believes’ is the first song we wrote. 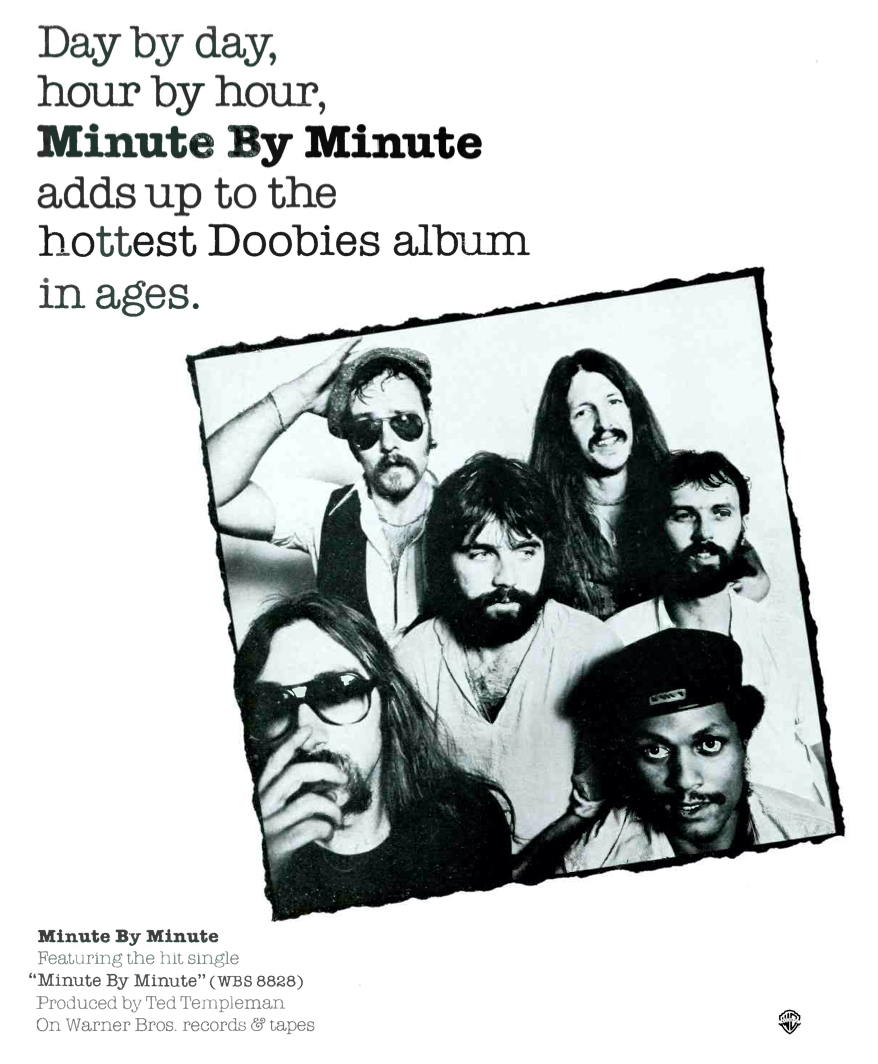 This advertisement for the album appeared in the May 12, 1979 issue of Record World

The song was first recorded by Loggins on his album Night watch in the summer of 1978, but it was not released as a single. The Doobie Brothers, at this point made up of McDonald’s, Simmons, guitarist Jeff “Skunk” Baxter, bassist Tiran Porter and drummers John Hartman and Keith Knudsen, then cut it for their Minute to minute album, released in December 1978. The album reached number 1 in Billboard and stayed there for five weeks. “What a Fool Believes”, chosen as the single, debuted on this chart in January, at No.73, and in April, it was the country’s No.1 single.

Related: So you thought you knew the lyrics to “China Grove” by the Doobies?

It went on to receive Grammy Awards for Song of the Year and Recording of the Year, and remains a perennial favorite on radio stations of several formats.

It is not known if Michael McDonald sought his sister’s advice again.

Listen to Loggins’ own version of the tune.

The BCB team brings you the latest news, contests, stories from rock history to this day, classic videos, retro graphics and more.