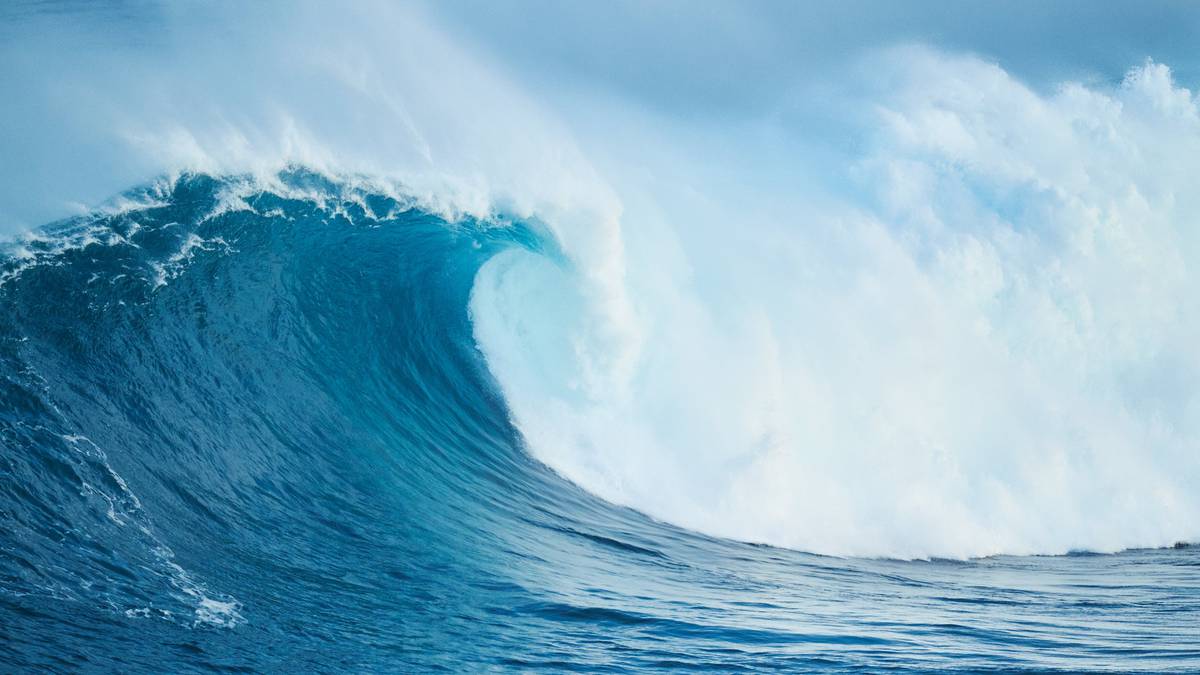 Live images show the volcano on the Spanish island of La Palma, in the Atlantic Ocean, ejecting lava into the air. Video / Sky News Australia

Update: This story was originally posted on September 18, 2021. Since then the volcanic ridge of Cumbre Vieja has started to erupt. Multiple eruption points, some producing lava flows, have been recorded. Local evacuations on the island of La Palma are underway

A series of small earthquakes in Spain’s Canary Islands have put authorities on alert for a possible volcanic eruption, but a much greater danger could lie beneath the seas off the island chain which some scientists believe could cause waves of several hundred meters high radiating in the Atlantic.

Authorities have detected more than 4,200 tremors in what scientists are calling an “earthquake swarm” around the island of La Palma since last Saturday.

La Palma is the fifth largest island in the volcanic chain, located 100 km off the coast of Morocco in the Atlantic Ocean.

Earthquake swarms can indicate an impending eruption, and in this case, the earthquakes raised concerns about the Cumbre Vieja, a dormant volcanic ridge that last erupted in 1971.

Before that, the volcano erupted in 1949 and it is the changes brought about by this eruption that some believe endanger the entire structure of the volcano.

The alarm was first sounded at the turn of the millennium by Dr Simon Day and his colleagues at University College London.

It was a few years before the devastating Boxing Day tsunami reminded humanity of the terrifying force of earthquake waves.

A year later, in 2001, Day teamed up with Dr. Steven N Ward of the University of California to write a study on the destructive potential of the Cumbre Vieja volcano.

Day’s original research in 2000 found that any future eruption of Cumbre Vieja could dislodge a massive part of the island of La Palma.

While later studies have tempered some of Day and Ward’s dire predictions, there is still a risk.

After the 1949 eruption, ruptures were found on the surface. In Day and Ward’s later study, these ruptures were described as “threatening” because they were evidence of an underground detachment.

In other words, the crack does not stop at the surface.

In the event of a collapse caused by a new eruption, Day found that between 150 and 500 cubic kilometers of rock could slide through the ocean at 100 meters per second.

The immense force caused by such a landslide would generate huge waves, several hundred meters high, which would propagate across the Atlantic and strike the coasts of the Americas at heights of up to 25 meters.

The pair found that while there is no historical record of a mega-tsunami caused by the lateral collapse of an oceanic volcano, the geological record shows clear evidence of their power.

That is, modern humans may not have been around to witness it, but it has happened.

And could happen again.

The way of the waves

Day and Ward’s 2001 article reveals their theory of how waves could radiate from La Palma, causing widespread devastation across four continents.

First, as the massive amount of rocks and earth crashed into the ocean, a huge water dome would build up, reaching heights of up to 900 meters.

In 5 minutes, this wave would have passed the landslide that had created it and, 50 km from La Palma, its height would have decreased.

In less than 10 minutes, waves of several hundred meters high would break over the western islands of the Canary Islands.

Between 15 minutes and an hour after the event, the eastern Canary Islands would be affected and the waves would eventually reach the African continent, at heights of between 50 and 100 meters, bringing with them immense devastation and loss of life. human.

But to the west, in the vast expanse of the Atlantic Ocean, the waves would stretch for 500 km, with wave heights still reaching 60 meters.

After the three hour mark, the long arc would turn around to hit Europe, Spain and England with wave heights of 5 to 7 meters.

Then, as waves of around 10 meters hit the North American coast in Newfoundland, larger waves of 15 to 20 meters would hit the coast of Brazil and other parts of northern South America.

Nine hours after the event, the US state of Florida would face the waves.

Day and Ward predict waves “parading in a dozen or more cycles” and reaching heights of up to 25 meters.

For lowland Florida, the resulting flooding would extend far inland.

For the context, the largest wave recorded during the 2004 tsunami was estimated between 15 and 30 meters, recorded on the west coast of the Indonesian province of Aceh.

Day and Ward’s research shocked many when it was published in 2001, but subsequent studies of the potential consequences of a collapse in Cumbe Vieja have significantly downplayed the risk.

Over the past few years, and often thanks to the hard-won experience of the 2004 Boxing Day tsunami, scientists using different models have found that the waves created can be considerably smaller.

Some have argued that not all ridge collapse could occur with the force described in Ward and Day’s article, with some arguing that a collapse will occur in stages.

Others pointed out that the underwater topography could reduce wave heights in many areas.

But most agree that if a collapse were to occur, large waves would be generated, which would prove tragic for the Canary Islands themselves.

Where scientists differ is how far away the effects would be felt and to what extent.

Officials in the Canary Islands said they had no indication that an eruption was imminent, and a scientific committee monitoring the activity said the number of tremors and their magnitude declined on Thursday this week.

Despite this, the scientific committee of the special civil protection and emergency response plan for volcanic risks warned that there could be a rapid and renewed upsurge in earthquakes and maintained the level of public alert at yellow, according to the private Spanish press agency Europa Press.

“The decrease in seismic activity may be transient and does not necessarily imply a halt in reactivation,” regional emergency services said in a statement after a meeting with politicians, experts in volcanology and civil protection authorities.

Volcano warnings are announced based on risk level, ranging from green, yellow, orange, and red.

The scientific committee of the special civil protection and emergency response plan for volcanic hazards reported that depressions in the ground up to 10 centimeters deep have formed – an event often attributed to movements of magma.

Before a volcano erupts, there is a gradual increase in seismic activity which can build up over an extended period.

And even if the volcano erupts, it is not certain that the landslide will occur.

In 2001, Dr Simon Day said: “The collapse will occur in a future eruption after days or weeks of warping and precursor earthquakes. time to plan and respond.

“Cumbre Vieja eruptions occur at intervals of decades to about a century and there may be a number of eruptions before it collapses,” Day added.

“While the likelihood of a year-over-year collapse is therefore low, the resulting tsunami would be a major disaster with indirect effects around the world. Cumbre Vieja should watch closely for any sign of activity. impending volcanic activity and the deformation that would precede the collapse. “

Gary McMurty, a landslide scientist, told New Scientist in 2001 that we shouldn’t panic about Ward and Day’s original findings.

“These events are very rare and should not be of concern to anyone with a lifespan of less than a hundred years,” he said.