Deep Purple frontman Ian Gillan was recently a guest on Tales From The Road, where he discussed the band’s latest album, Whoosh !, their collaboration with legendary Bob Ezrin, the art of songwriting , the value of music during this era, touring, the band’s relationship with former guitarist Ritchie Blackmore, and more.

On the group’s press-fueled “feud” with Blackmore, who left the group in 1993

Gillan: “Yes, we’re in touch. The tensions eased a lot after we got our hands on our stuff and got everything sorted out. Needless to say, it was all pretty unpleasant when we were done and Ritchie got out, but we’re too old for that now. We both wrote nice notes through our managers. I can’t write or phone Ritchie because he doesn’t have a phone, he doesn’t have a computer. lives in a world of greensleeves; he lives in a medieval world, and he has messages given to him and stuff. But he sent me nice words, and I sent him nice words. still has problems, there are still bones of I’ve seen a lot of nonsense being said … it’s not even worth the chance. “

On the possibility of finding Blackmore

Gillan: “I think it’s probably this late in our careers, and with things going so pleasantly for the band, it would be a circus and it would be a distraction from everything we do, to be honest. not fun at all, because we don’t work that way anymore. “

Deep Purple and earMUSIC recently kicked off a countdown to what could be an announcement of new music for the band.

The site where the clock is located has the text “Turning To Crime,” possibly the title of the band’s new album. The countdown is scheduled to end on October 6 at 7:00 a.m. PDT / 10:00 a.m. EDT.

Deep Purple’s 22nd studio album will be their follow-up to Whoosh! of 2020, also posted via earMUSIC. Stay tuned for more details as they become available.

Deep Purple was recently forced to postpone its UK tour. The group issued the following statement:

“The health and safety of all of our fans, team and band mates is our priority and therefore we are very sad and disappointed that due to the continuing difficulties of the COVID virus our UK tour has been postponed and postponed until October 2022. All tickets including the VIP experience remain valid and we look forward to seeing you all where we can celebrate and finally bring the house down safely. Thank you for all your loyalty and support. “ 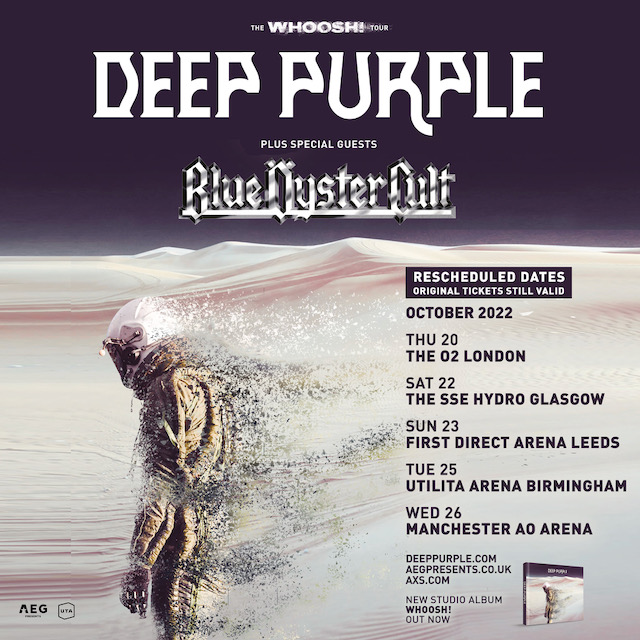