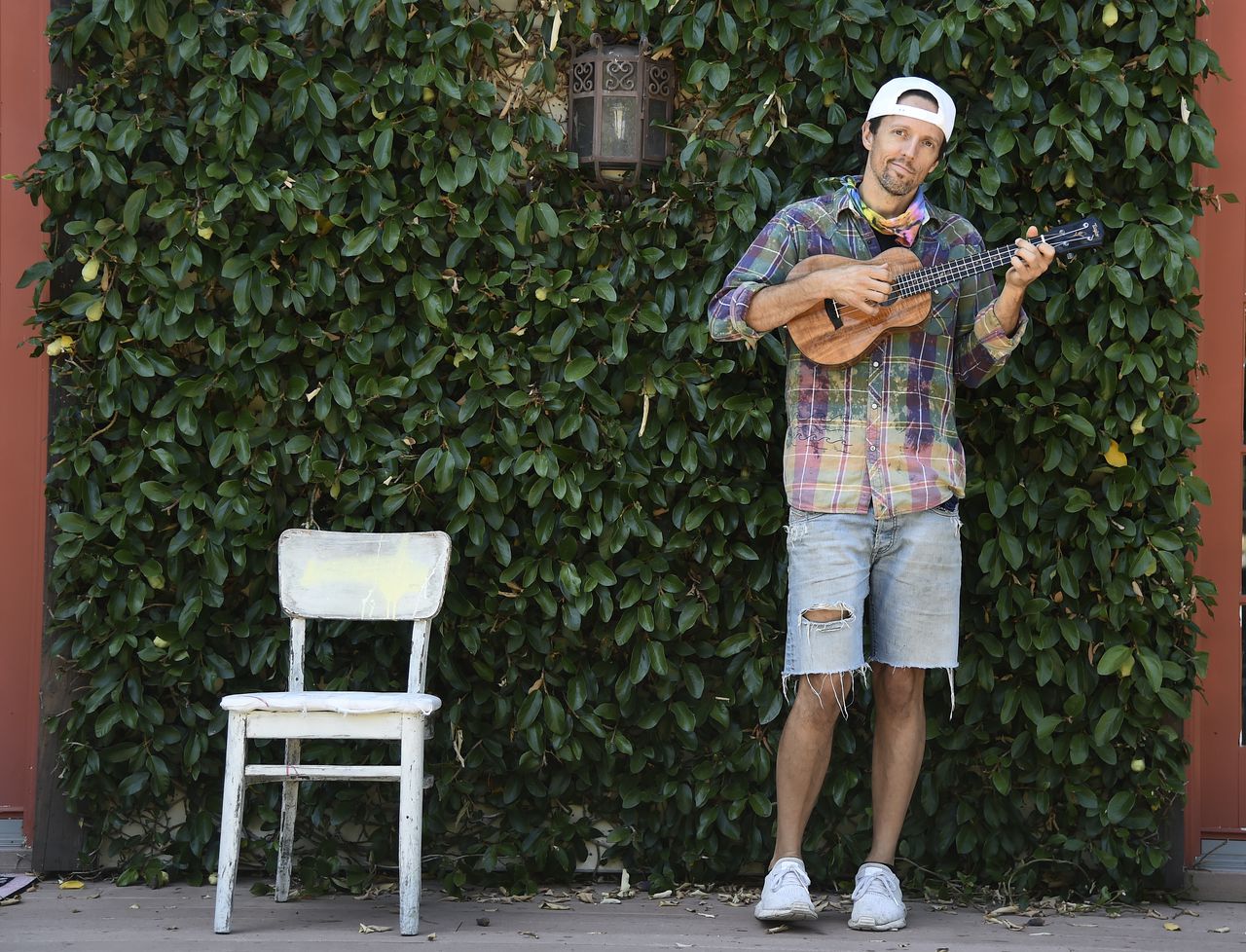 CLEVELAND, Ohio – Singer-songwriter Jason Mraz will perform on the Jacobs Pavilion’s outdoor stage this Friday to support his latest reggae-infused album, “Look for the Good.”

Tickets are still available for the concert on Ticketmaster, starting at $ 40.

It won’t just be Mraz on stage. A group of 13 musicians will support the musician, also known for hits like “I’m Yours”, “Lucky”, “I Won’t Give Up” and “The Remedy”. But the focus will be on “Look for the Good”, an album produced by acclaimed reggae producer Michael Goldwasser, released in June.

We caught up with Mraz to talk about his new album, his avocado farm, and pandemic life.

How does it feel to hit the road after a year of absence?

It feels good. I mean, we’ve been doing this long enough to know what it looks like and how to do it, so it really feels like a reunion. It’s like the good old days – dusting off the old bus and getting ready to go out, putting on a circus, but it certainly comes with an added level of gratitude.

There are a lot of people who are also nervous because we are always in an uncertain world where anything can happen, but I think anything can always happen, so everyone who has agreed to come with us is coming very excited with a new level. of gratitude for being able to work. The job is amazing. But also just the ability to share music in a live space that isn’t via the internet, which we’ve all been reduced to over the past year or so. It’s special, but we know it’s a special place. There are a lot of fans who are not yet able to hit the road again, so I feel very blessed. That there is a time and a space for us comes with gratitude.

I would like to know more about what this last year has been for you. What have you been doing in the past 15 months?

I stay creative and it’s as if I was locked in a hotel room a few nights between two concerts. I would fill my journal, write songs, make wacky videos. I mean, I did all of these things at home. I tried my best to participate in online broadcasts whenever possible and it even led to appearing on a cheesy TV show last summer. [TBS’ “Celebrity Show-Off”] where we were doing live broadcasts competing with other households creating their own TV shows. It was crazy, but it was awesome. We learned a lot about video production and I wrote little musicals for each episode.

I wrote more songs and finally made more recordings this spring when things started to clear up. I live on a small ranch, so I continued to plant trees and do my best to tackle climate change through carbon sequestration.

I have been blessed enough. I couldn’t stay home for a year like never before. I saw it as an opportunity to move less and take advantage of certain weeks of the year when I have never been home. For example, the first week of June, I was still traveling and doing a show on the east coast, and I was never at home in California. The first week of June I just noticed some fruit was bursting on the trees and the way the light was entering the yard. I had never seen this before and have lived here for 17 years but took the time to be home which was very very special because I was a kid who had been on the road ever since long time. I hadn’t realized how badly I needed to be here. I purged the cupboards, I cleaned the garage. Whatever you’re supposed to do when you’re stuck at home for a year.

I wanted to talk about your farm, your orchard. As a musician who also operates a farm, how do these two aspects of your life come together for you? How do they connect?

In the world of the farm and the ranch, everything has its time or its season, and things take time. Some things take years to materialize and mature. I started to experience this around 2009 and started to notice the beauty of devoting time to something that five years later will be very different.

I started to treat my music the same way. Rather than rushing something and being almost anxious about something if I wrote it down, I know some things take a long time and I could work on it for a few years or let it sit until the good opportunity presents itself – until the message matches the moment. I still write a lot, a lot of songs, but they’re not always important enough to release every day. I slowly built the patience.

It also helps my music career; living on buses and planes it’s all about waves, sound in the world, and agriculture is really about land and water and digging in and planting roots and thinking in the long run, not to go anywhere but rather to sit and look around to see how you can adapt. I find the two contrasting quite wonderfully. If I spend a few months on the road, what better way to heal from this and offset my touring carbon emissions than to come home and plant more trees and spend time in my garden?

With “Look for the Good”, I was hoping to find out more about this album, your love of reggae, and what first attracted you to this genre?

The genre is how trippy he is; I love delays and sound effects, wawa clavinets, basic guitars and echo guitars – loved all the ingredients. Each instrument plays percussion.

It makes you dance but it’s not fast. It’s kind of a slow motion dance, it’s like slow motion funk and it’s always groovy and then inside, in terms of the lyrics, it’s always about love, spirituality or revolution – some kind of change. I like it all. To me, it’s just packed, dancing optimism.

I went to Bob Marley’s in 2004 – it’s a museum in Kingston, Jamaica. It really opened my eyes to what the lifestyle was like and started to sow a seed that maybe one day I would make reggae music. Finally in 2018, I joined forces with Michael Goldwasser who produced the record and we hit it off. He did a remix for me and then he came up with the idea of ​​doing more songs. We talked about how you write certain songs but you wait for the right opportunity, you write the right times.

Michael was great to want to make sure that this album attributes a lot of different reggae styles – rocksteady and ska, roots reggae – there are a lot of different bands. It’s just a groovy, groovy album. That’s really what excited me the most, is how groovy and dancing this album is. All my previous years of making acoustic music have always been very difficult to discover: “How are we going to dance to this one?” But in “Look for the Good” you dance the way you want because every song is funky. It’s kind of a “Dance Dance Revolution”, if you will.

I looked back and the last time you played in Cleveland was in 2019, with the Contemporary Youth Orchestra. It was such a unique program. How was that show for you?

It was so overwhelming, I felt so special, like, “Oh my gosh how can I take center stage at Severance Hall without 110 kids behind me all there to play their violins and double bass to the songs. that I wrote? How did it go ? It was so beautiful, so special. I heard them the first time around and sure enough they released me from the guitar so I was really there to sing along and perform the lyrics.

It was huge; in fact, i’ve been working on a symphonic show since then that i could take anywhere in the world and all thanks to my experience with the contemporary youth orchestra. They were the first orchestra to ask me to play with them and it was just amazing.

This time you’re playing at the Jacobs Pavilion. What can listeners expect when they come to your next show in Cleveland?

Well they are definitely going to have the new album. That’s what excites us, but we also won’t forget our past hits and some deep clips from our old albums, so there will always be all the expected hits as well as some fan favorites.

I’m bringing a group of 13 musicians, we’re going to play all the sounds we can possibly create from the album. I recommend that if someone comes they should wear tennis shoes and light clothes and be ready to dance – because it’s going to be “Dance Dance Revolution”, live.

Get a good start on the weekend and Register now for the cleveland.com weekly “At the CLE” email newsletter, your essential guide to the best things to do in Greater Cleveland. It’ll arrive in your inbox on Friday morning – an exclusive to-do list, focusing on the best weekend fun. Restaurants, music, movies, the performing arts, family entertainment and more. Click here to subscribe. All cleveland.com newsletters are free.