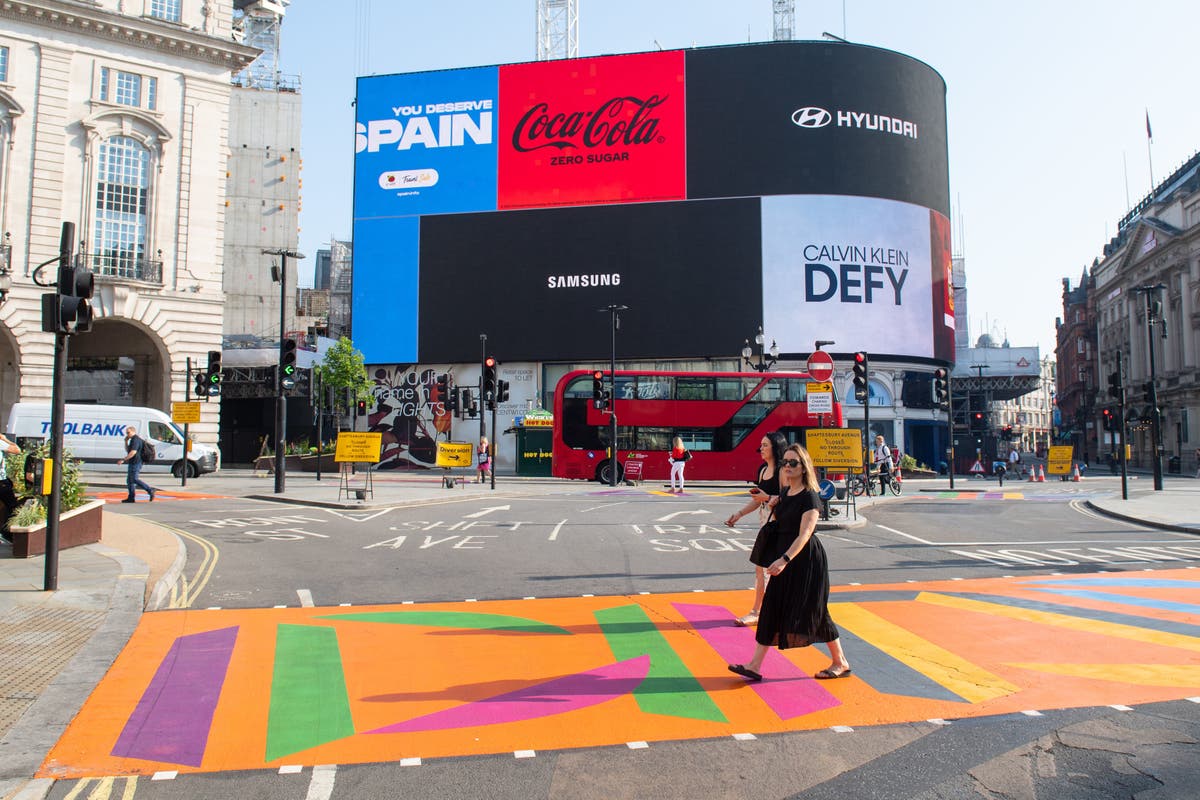 he area surrounding Piccadilly Circus has been transformed by artists, with 30 hanging flags and 13 crosswalks in place for the next six weeks.

It took the work of five artists, chosen by the Royal Academy, to bring amazing art to the streets around the tourist hotspot.

Known as the ‘Gallery without Walls’, it is the largest art crossing ever to be exhibited in one location in the UK.

Their work will remain on display until August 31 as part of the Art of London summer season, with weekly revivals of the 780 m² Piccadilly Lights.

For the first time, the public will be able to participate in a special augmented reality experience on 10 screens and audio synchronization via their mobile phones.

The Piccadilly Art Takeover installation site is also part of the Let’s Do London campaign, supported by £ 7million from the Mayor of London, Visit London, Transport for London and the tourism industry.