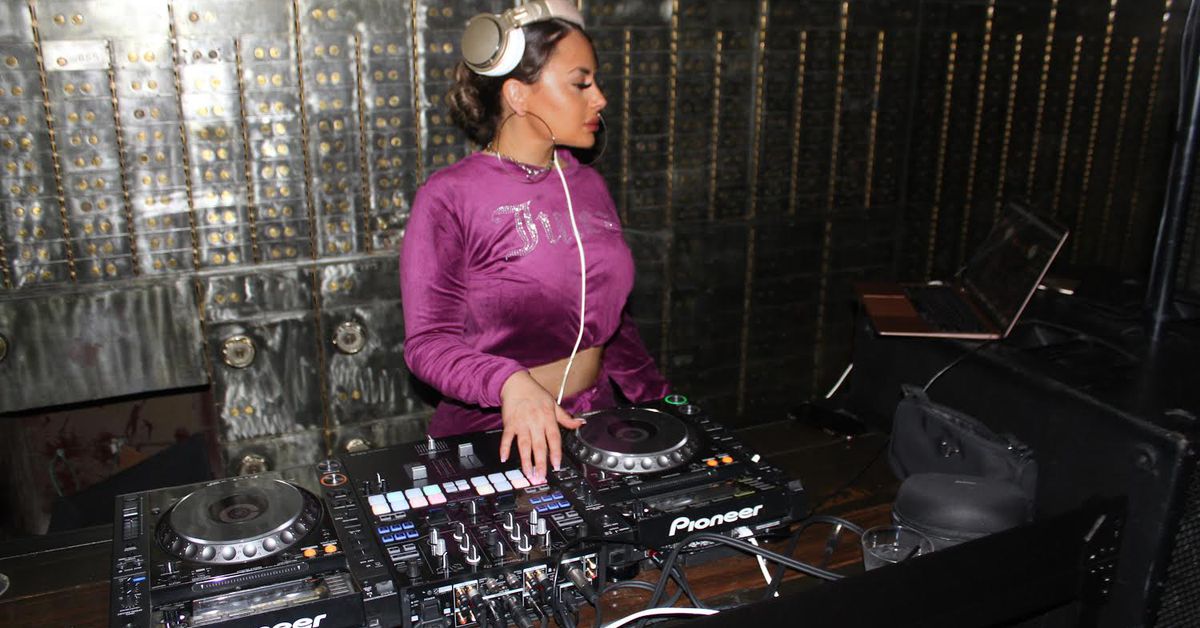 Musicians hardly get a share of the revenue from the music industry, instead feeding off live performances. For “Tour tales”, we dig into the riders’ demands, the delayed shows, the diligent preparation and the future of touring as we chat with the multitude of people moving backstage. Record directors, photographers, tour directors, artists and more explain what goes on on tour and why it is still so vital to the livelihoods of your favorite artists. What happens on tour stays on “Tour Tales”.

Lala has only been DJing for five years, but as Vory and Winter Blanco’s DJs she got to see stars rise and learn from those who were already at their peak.

“I remember seeing Doja [Cat] playing everything like it’s a great performance. Her outfit, makeup, and choreography would have made you think it was the biggest stage on Earth. That day I changed the way I played, ”Lala told REVOLT.

In this episode of “Tour Tales,” she explains how careful Vory is about who he works with, Winter bonds with Megan Thee Stallion at Rolling Loud and how to navigate the music industry as a DJ. Read below!

Who was the first major artist you sang for?

I attended this music festival called Trap Circus [on November 22, 2017]. I opened for Kodak Black and Cardi B. There were maybe 14 artists in the lineup … I played and they continued two hours later.

What was your first tour?

I DJed for this rapper named Reggie Mills who toured with Famous Dex in 2017 and I DJed for both on a few of those dates. They were both in the rapper / rockstar realm, so they’re jumping around and it’s very energetic. The crowd is really into it and they are riding the crowd. They are the rockstars of modern times.

At that time, which songs drew the greatest reactions live?

The famous Dex released his song “Japan” at the time and everyone loved his ad-libs when he said “Yeah, Dexter”. People love it when he does that (laughs). This whole era of Soundcloud rap really has some die-hard fans out there.

When was the first time you bonded with Vory?

I met him in late 2017 / early 2018. I was DJing at an event in LA on Melrose and someone from his team heard my set, and told me they had this artist named Vory who love to work with all women. He really likes to put on women. I think it’s great and really rare. He really wanted a female DJ, so they made me come talk to him and hang out with him to talk about it. One thing about Vory is that he is very picky with people and cautious. The first time I went to the house where he lived, he asked me not to bring anyone with me. He needs time to get comfortable with someone, but when he’s comfortable, he’s a whole different person. I must have met him three or four times before he said to me, “We should work together. “

How did you develop your show together?

We’ve played around LA a few times and he was on one label and now he’s on another. He would drop music and perform whenever he wanted, then the pandemic struck. All of this hampered our ability to perform. Our first show was at the Peppermint Club. For R&B, the DJ is less hype than he is more there to fill in the gaps. You make sure you engage with the crowd. It is easy to work with him.

How are his rehearsals?

He knows what he’s doing. When he plays or rehearses he changes octave here and there on the fly because he’s amazing with the melodies. He has a gift for melodies. He does not need to perform an entire dance routine. All he has to do is sit on a stool and sing.

How did you come into contact with Winter Blanco?

She was on “Bad Girls Club. I had this little mixtape project with this sub-label under Empire and I needed more female rappers. That was about two or three years ago. Soon after, I gave him the opportunity to perform somewhere and gave him a Rolling Loud opportunity. It was a little natural. There was never a conversation about “Hey, you should be my DJ.” It was just obvious that I was going to be his DJ (laughs).

You and Winter did Rolling Loud Bay Area in September 2019. What did it take for you to make the show?

It was hectic. On the day of the festival, they changed our stage, our schedule and our dressing room. It’s not just Winter and me, it’s us and his four dancers. We have a team of people. So we had to get everyone to the right place and to the right place. The Rolling Loud scenes are far from a part and your setlist is only very long, so if you’re late you can’t miss out and you missed your opportunity. When we finally got on stage, I needed a microphone and she needed it. My mic wasn’t working and there was no time for someone else to bring a mic. The show is not the same without me having a microphone. So that was crap (laughs).

What’s your chemistry on stage with her?

She’s the only woman I’ve DJed for. I think it changes things a lot. We just understand each other more. With other artists, I had situations where I had to do my hair and makeup myself in 30 minutes and then go on stage while the boys could get out of bed and take the stage. Winter understands this better, which is important. If you look good, you feel good and perform well. It may sound trivial, but these details are important when you are an artist. With winter we coordinate what we are going to wear. She and the dancers have to get along and I have to seem to blend in with the crowd. They can’t be yellow and green stripes, and I’m here with hot pink. Everything must flow. We think about color schemes and outfit styles for our shows.

Rolling Loud is like a musical convention where everyone in the industry comes together. Are there any behind-the-scenes interactions that you remember?

When I wasn’t playing Rolling Loud but became a reporter in 2017, I accidentally found myself on the Travis Scott trailer while he was performing. It was a huge set and a big thing. I walked around in there by accident and knew people on his team. It was so laid back. Then I go out and Post Malone is sitting there with his family. It was mind blowing. Most recently when Winter and I did Rolling Loud Bay Area, our lodge was right next to Megan Thee Stallion. We were with our friend DJ Duffy, the DJ from French Montana. She knew Megan and took us to her dressing room. Megan poured alcohol into Winter’s mouth. It was a crazy time (laughs).

There was a costume party you and Winter had with Doja Cat on Halloween 2019. What was it like?

It was unbelievable. First we continued, then she played. We were the only two bands playing, which I thought was stupid. We had a little problem there where the person who booked us said she wanted us to do two songs, but when we got there they said our setlist was 25 minutes. We told them, “We don’t have 25 minutes prepared. There was this whole battle behind the scenes about the budget and what they expected of us. For months, we prepared to do an eight to 20 minute set. We sorted that out and did our two songs. This event was not huge, there were maybe 800 people in the building. I remember seeing Doja playing hard like it was a great performance. Her outfit, makeup, and choreography would have made you think it was the biggest stage on Earth. That day, I changed my way of seeing performance.

What have you been up to recently?

I did the Brent Faiyaz party series. It’s like a four or five week thing you do in LA. He released the amazing song “Wasting Time” with Drake and he had a launch party for it. After that, he brought it to this beautiful room in LA where there is a DJ booth and a small stage. Brent takes the stage and performs the song “Wasting Time”. When I got to the DJ for the first installment of these events, the line was five blocks from downtown LA and the Fire Marshal was trying to shut it down. It’s like that every Wednesday.