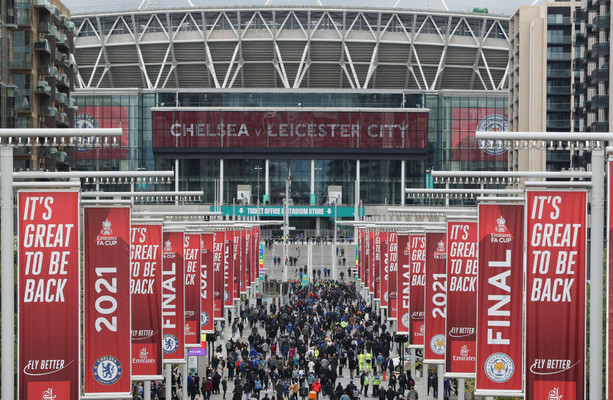 
A PILOT PROGRAM in the UK exploring the impact of large-scale events on the transmission of Covid-19 has found “no substantial outbreaks”, recording 28 cases of associated infections in tens of thousands of participants, according to a new report.

The Events Research Program (ERP), commissioned by the British Prime Minister in February, saw 58,000 participants visit indoor and outdoor locations across the country, including Liverpool, Sheffield and London.

The ERP aims to assess the safety of mass gatherings during the pandemic and whether they are affecting infection rates.

A delayed report on data from the first nine pilots of the first phase of the ERP in April and May, which included the FA Cup final, the Brit Awards and the World Snooker Championship, revealed 28 associated positive cases of Covid-19.

The report warned that the figures should be interpreted with “extreme caution” due to the low rate of return from tests, the low prevalence of Covid-19 at the time of the pilots and the lack of a comparison group for the studies .

Its exit comes after theater impresario Andrew Lloyd Webber and other prominent figures in the entertainment industry launched a lawsuit to force the government to hand over the results of the ERP program.

Party people at a nightclub in Liverpool for a pilot Covid security event.

Its first phase saw 10 cases of Covid-19 recorded among those at Circus nightclub in Liverpool, which hosted nearly 7,000 people over two nights.

Some six cases were recorded among the more than 10,000 participants in the world snooker championship which took place over 17 days.

An outdoor festival pilot at Sefton Park in Liverpool, where more than 6,000 people attended, saw two cases, and the Reunion 5k race at Kempton Park in Surrey also recorded two cases of 2,000 participants.

Although the report states that “no significant outbreaks have been identified by public health teams and their surveillance systems around any of the events,” it said that “direct evidence of the risk of coronavirus transmission to specific types of events could not be learned from Phase I pilots ”.

This was due to “the low prevalence of Covid-19 at the time of the pilot events; the low levels of PCR feedback before and after the event and the pilots’ limited scale, scope and design ”.

For all events, only 15% of ticket holders included in the analysis returned pre- and post-event PCR tests.

Professor Iain Buchan, Executive Dean, Institute of Population Health, Chairman of Public Health and Clinical Informatics, Faculty of Health and Life Sciences, University of Liverpool, said: “There are many more data being analyzed and more information will be released.

“But the main conclusions you have in front of you – conclusions that tell us good ventilation, quick action on test results, not attending the event if you feel unwell, were critical areas where further improvements were made. important are possible.

“Therefore, other phases of this work and lessons for implementation. “

He added that the report was “reassuring” that public health departments can put epidemic prevention and control in place by working in partnership with the organizers of the event.

Professor Paul Monks, chief scientific adviser, Department of Business, Energy and Industrial Strategy, said the numbers were not too different from the prevalence of coronaviruses in the community at the time.

He added: “What reassures me is that it’s not that different from what you would have achieved with or without the event.

“But it’s a measure of the level of prevalence and the protection protocols we had in place.

Professor Buchan said: “Many of us who attended these events were also very moved.

I have never seen a crowd of 6,000 people suddenly burst into tears of joy – an explosion of joy, rather than a virus outbreak, it was incredibly moving.

In a foreword Nicholas Hytner and David Ross, ERP chief advisers, said the report “does not make conclusive public health recommendations on reopening events at this point.”

They pointed out that studies had taken place during a low prevalence of coronavirus, adding that “future public health measures must adapt to current levels and patterns of the virus.”

Participants in the first phase were required to return a negative result on the lateral flow test to attend the events and were asked to voluntarily take PCR testing before and after the event to support research. 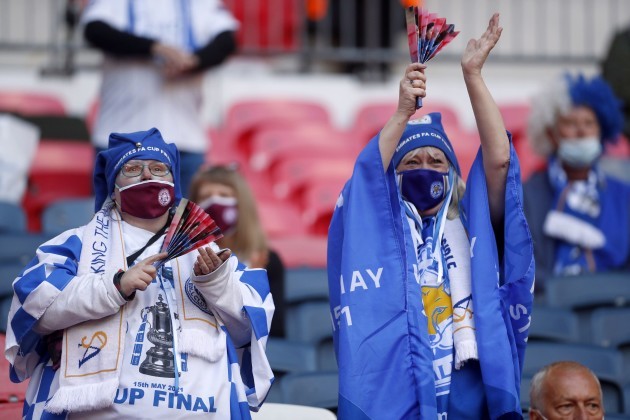 Respect for wearing a face covering was high.

A range of measures to combat the transmission of the coronavirus were used during the events, including staggered entry and exit times, ventilation, social distancing and face masks.

The report, which received input from scientific experts, said “mitigation measures” – such as face coverings, ventilation, testing, social distancing and restrictions on food and drink – can be used to reduce and manage risk during events.

No news is bad news
Support the journal

He pointed out that higher-risk areas include those with increased population density for longer periods, for example at half-time of a football match, and where ventilation is less good.

Such a high density puts “increased pressure on pinch points,” such as the toilet.

Overall, the report observed that an average of 96.2% of people in the sampled areas wore a face covering correctly when seated, especially indoors (98.3%), while that at outdoor events it was 92.1%.

The report also said that “almost all of the CO2 levels” recorded during the events “were within reasonable ventilation benchmarks with outdoor spaces significantly better for ventilation than indoors.”

The report noted that the ERP will continue to collect evidence of other events in later phases.

The results and lessons will help event planners plan for a large audience as we move to step 4 of the roadmap.

Hytner said, “These events are so important to our well-being, our sense of community and unity, and they have been sorely missed.

“This program has shown that with the public demonstrating their status, we were able to track the virus, creating a safer space for the public to look back on the events they love.

“The results of the first phase of this program will help facilitate the return of what so many of us value: attending exciting, high-quality events across the country, when it is safe. “