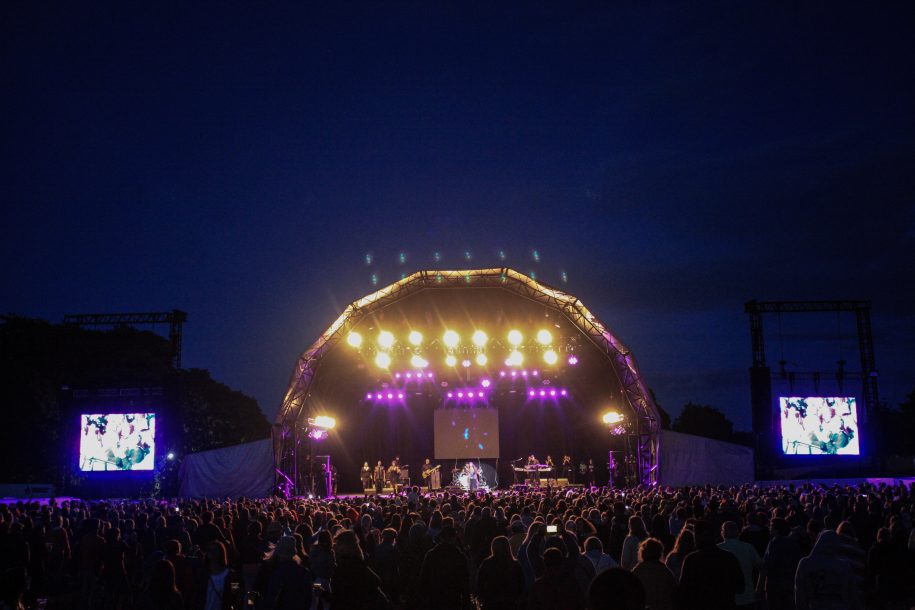 Stuart Galbraith talks about taking UK Live to the next level

Earlier this month Deutsche Entertainment AG (DEAG), owner of Kilimanjaro Live and Gigantic Tickets, announced that it has acquired a 90% stake in promoter UK Live, owner of the 1980s music festival brand Let’s Rock and events including the Penn Festival. He has also promoted concerts by artists such as Craig David, Kim Wilde, Rick Astley and the Kaiser Chiefs.

Founded by Nick Billinghurst and Matt Smith in 2009, UK Live has invested in its own infrastructure, including staging and marquees. Kilimanjaro Live CEO Stuart Galbraith (pictured) said the company’s ability to provide its own infrastructure was a key attraction, as well as the duo having developed the Let’s Rock festival brand as its 14 annual events collectively attract 300,000 spectators.

“One of the main advantages of Let’s Rock, especially this year as we head into a busy festival period at the end of the season, is that it doesn’t depend a lot on outside vendors,” says Galbraith. “Because Let’s Rock has grown over a 10-year period and because they play at 14 different venues over consecutive weekends, they’ve bought their own stage, sound system, lights, video screens – and this year we let’s buy our own toilets – these supply issues that will potentially affect other festivals won’t be a problem for Let’s Rock. It’s similar to a traveling circus model; the package just rolls around in every town.

In the past, during the winter period, equipment is in storage, but Galbraith says under DEAG ownership there will be a concerted effort to use it at indoor events during this time. With the intention of expanding activity at each of the Let’s Rock festival venues, the equipment will also be used on more outdoor shows.

Billinghurst and Smith, who have remained on board as shareholders and will continue to run the company for the long term, recently met with Galbraith to discuss launching events using the same venues and facilities as Let’s Rock, which takes place on Saturdays. .

“When the pandemic happened, we thought there was one of two things we could do; we can either close the hatches and literally say “call us when it’s over and we’ll get out of our bunker”, or we can really go. We chose the latter.

“We are discussing the development of Friday Night Live as a festival brand, which would use the Let’s Rock event sites on Friday, and add another show, Sunday Sessions, the day after Let’s Rock,” he said.

Due to the pandemic and the delay in Stage 4 of the Prime Minister’s Conditional Reopening Roadmap, Galbraith says the Let’s Rock schedule has been badly affected with five of the events canceled while others were postponed until later in the year: “Let’s Rock usually takes place every weekend from early May to mid-September, but there aren’t enough weekends left in the year to perform whatever we want this year.

“The festivals in Newport, Essex, Kent, Belfast and Dublin have had to be postponed until 2022. The events in Dublin and Belfast have been particularly difficult to plan for this year as obviously the release of the lockdown is behind even the sheet. English road and these events are just ‘It will be able to happen this summer within the framework of the regulations in force.

“We have rescheduled everything we can towards the end of the summer.”

The acquisition is the result of two years of talks between DEAG and UK Live, and is the latest in a succession of UK business acquisitions by the pan-European promoter, theater operator and Berlin-based ticketing conglomerate .

It follows the purchase of a majority stake in Gigantic in December 2019, DEAG having already acquired promoter The Flying Music Group in 2017 and Belladrum Festival in Scotland in 2018. Kilimanjaro acquired a stake in Collective Form Ltd earlier this year , and DEAG strengthened its market position in the UK and Ireland in the fall of 2020 by founding the Singular Artists joint venture in Ireland.

Galbraith says, “We have been growing our business through organic growth and acquisition over the past five years, and when the pandemic hit we thought there was one of two things we could do, we could hatches and literally say “call us when it’s over and we’ll get out of our bunker” or we can really go. We chose the latter.

During the pandemic, we announced the formation and opening of Singular Artists and the opening of the Dublin office. Once the Irish market picks up, it will be an operational hive – we already have two shows on sale at the 3Arena in Dublin and many more to come once that market opens.

While the immediate goal will be to work with UK Live to grow the business in the UK, Galbraith says the international expansion of the Let’s Rock brand is a long term consideration: “It’s probably for 2023 and into. By then, 2022 is going to be roughly consolidating, re-entering the UK market after a two-year hiatus, and solidifying everything again. If we are to go to Europe, we would need a duplication, because at this point the infrastructure of Let’s Rock and UK lLve is in use every weekend in the summer.