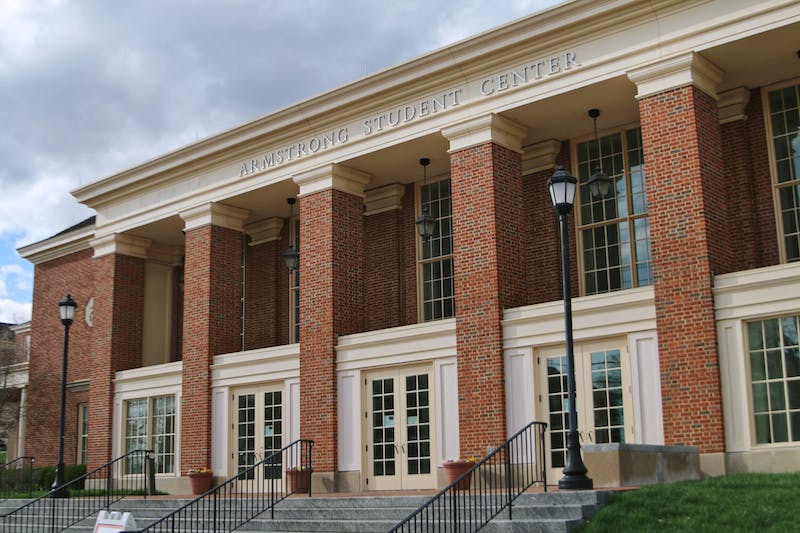 “We should have passed that point”; Fifteen Students Resign From New Miami Diversity Task Force

The working group was announcement in a campus-wide email from University of Miami President Greg Crawford on June 16, seeking to work with students, faculty and staff to reflect and create a more campus climate inclusive.

The resignation letter entitled “We will not work for free, Which was posted Monday on social networks, describes the problems of disorganization, insensitivity and lack of authority within the task force. The letter also says the callous remarks from a representative of the University of Miami Police Department (MUPD) were not properly addressed.

Not all of the students in the task force signed the letter of resignation. According to the members of the working group website There are 52 members in total. Four of the 15 undergraduates currently listed did not sign the letter. None of the four PH.D. the students signed the resignation.

“There are many sides to everything,” Bell-Robinson, who is also the university’s director of residence life, said during the town hall. “We are surprised and disappointed. I have spent my entire adult life trying to work with students and advocate for their interests.

The panelists were informed of the resignation in full town hall. Bell-Robinson said at the meeting that she was surprised by the students’ decision, but that she appreciates their time and voice.

“We are saddened by it, but we respect it,” Bell-Robinson said at the meeting.

“My first reaction was surprise, but also the understanding that in any movement there will be people that I don’t necessarily agree with,” said James. “I think it’s important to hear what those differences can be.”

Jannie Kamara, president of the Miami student body, was one of the members who resigned. She said the group of students chose to release their statement after learning there would be an open discussion during the second half of town hall.

“We wanted to ask this today to, firstly, take a stand and say enough is enough, and also have the opportunity to ask the tough questions to the town hall and get answers for the lack of action,” said Kamara.

“No one, even at this point, has reached out,” Bell-Robinson said. “We need to confirm to every student that they don’t want to be a part of it anymore, and if that’s true, maybe they’ll want to give some additional feedback.”

During the second town hall of the working groups on cultural competence which took place on Tuesday, June 14, some panelists discussed the resignation. Sarah Kinley, the bursar’s regulatory coordinator, said she will be taking notes on ways the task force can do better.

“I said ‘wow, that’s a call to action,’” Kinley said. “This is something we have to take very seriously.

Besides the 15 who resigned on Monday, Bell-Robinson said there had been two other resignations. A student who had previously resigned was unable to attend the meetings and said he did not believe the task force would be effective.

Kamara was invited to be part of the working group the day before its first meeting. She said her role in the task force was unclear, but that she wanted to stand up for the students.

The meetings took place on Google Meet. Bell-Robinson said people indicated when they wanted to speak by raising their hands or commenting in the chat. She said she tried to put everyone on an equal footing by allowing students access to Google Drive folders and other information.

Kamara said at the first meeting that six students were represented. She brought this to the attention of the working groups and called for the inclusion of more students.

“Part of the reason there were so many students on the task force is that there was a demand to include more students,” Bell-Robinson said.

During the second meeting of the working group, Kamara said that a representative of the MUPD told the working group that MUPD officers do not care whether the students are white, black or yellow.

“You see the outside of this person, so you treat them differently because they look different,” Kamara said.

Kamara said she was also disappointed with officials’ use of the word “yellow,” a derogatory term used to describe people of Asian descent.

Bell-Robinson explained that she tried to respond to the comment in a manner sensitive to all parties.

“I think sometimes people want there to be a more public shame and that’s not how I run,” Bell-Robinson said.

She wanted it to be a learning experience and felt based on the comment the rep didn’t know any better.

Small also noticed during the first meeting that task members were discussing what diversity meant and what prejudice was.

“I just didn’t have time for those conversations,” Small said. “We are currently going through a crisis in terms of student security and integration. We should be past this stage. The people who should be present at these meetings are people who have already established this level of understanding and specialize in these areas because this is what our students need and deserve.

Ultimately, Kamara decided to resign from the task force along with the 14 other students.

“If my voice is not heard, valued and used or at least my suggestions are not taken into account, then why bother using my voice in the working group? Kamara said. “It doesn’t make sense for me to just sit there and be belittled and crippled and expect to come back next week happy, nervous and ready to go.”

Bell-Robinson said she would appreciate feedback from students and would be open to making changes to improve the working group. She said she and James would consider adding more students to the task force who had previously applied to join. James didn’t know how many students would be added.

“I am sad to be linked to an experience where students feel like they are not being heard,” Bell-Robinson said.

Kamara said she wants the students to be able to find a home and family in Miami.

“This year I want change,” Kamara said. “We all want change, and change is going to happen. “