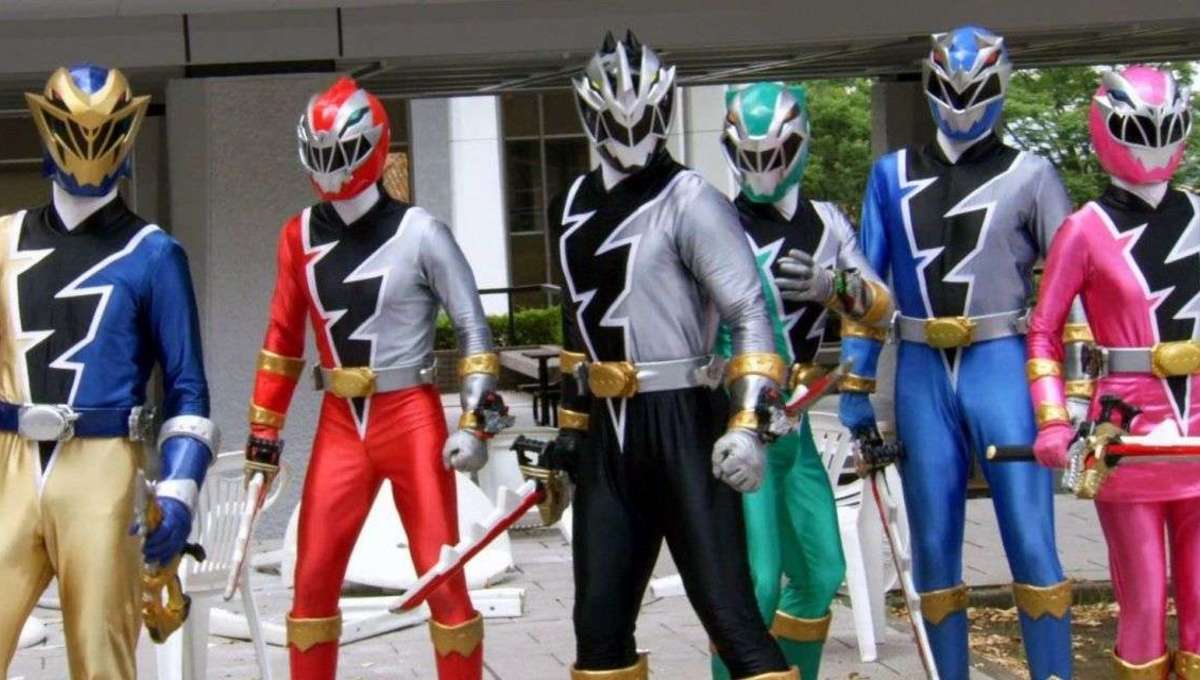 More than 25 years after its debut, there is still nothing quite like the Power rangers franchise. With the exception of a brief hiatus between 2009 and 2011, it has been a constant in the ever-changing American television landscape. Channels, streaming services and distribution houses have followed one another. Power rangers? It’s still there. There was that better than you remember 2017 film, the crazy success Boom! comic book series! Studios which continues the adventures of the original Mighty Morphin team, and a whole new list of shows and movies developing by Jonathan Entwistle of I don’t agree with that Fame. Now is a great time to be a fan of Teenagers With Attitude Copyright All Rights Reserved.

Whimsical reboots and comic book getaways aside, the franchise still lives on as a Saturday morning children’s show. It’s been airing on Nickelodeon since 2011 and is ready to welcome its next generation of multi-colored heroes clad in spandex. Power Rangers: Dino Fury takes the franchise back to its prehistoric roots, welcoming a new team of Rangers who draw their power from ancient dinosaurs. Based on the Japanese show Kishiryu Sentai Ryusoulger, it will air this weekend on Nickelodeon.

Before the premiere, SYFY WIRE had the chance to chat with series showrunner Simon Bennett. A veteran of theater, television and film, he told us about the unique process behind the production of a show like Power rangers, what it is like to have to create a show that will appeal to what is truly an audience of all ages, and how do the “rules” Power rangers relax with Dino fury.

Let’s talk a bit about the process by which you and your team create this show, which is unconventional to say the least. How does this affect your work as a showrunner?

It really is. We’re reverse-engineering a Japanese show called Super Sentai and what the writers do is watch each episode and extract what is considered usable footage from each episode. These are usually combat sequences when the Rangers are masked and Zord sequences. In our 22-minute run, two to four minutes are Japanese footage. One of the added challenges of this season is that we had no idea when we were writing where Ryusoulger was going to. We were writing while it was still on the air. So every week the writers and I would sit down and watch an episode and try to figure out what we could use, how that could fit into our overall story arcs.

It is interesting that you are talking about arcs because given the target audience of the show and the length of the seasons, Power rangers tends to be much more episodic than serialized.

We’re trying, mostly for adult fans, to inject more strings for our characters and for our villains this time around. It can provide intrigue and suspense and allow us to use cliffhanger devices. It leaves people guessing. While each episode ends the story cleanly, there isn’t much to say about what will happen next. With Dino fury we have deliberately worked to inject more into the season.

Going back to the Sentai footage for a moment, is it standard practice during production for you to write the season while the source material is playing? The past seasons have both directly adapted the seasons of Sentai and derived entirely from the context of the story of their source material.

There is no set rule. Previously there were more seasons in the bank that we could shoot at. The best of them have been used. I think what determines what makes a good or a bad season to adapt has to do with the “playful” elements. Obviously, selling toys and incorporating those toys into the show is an important part of how the show works. Also, we need to think about what will work for an American audience. There are some culturally specific things about Sentai that may not translate as easily to an American audience. For example, dinosaurs are universally popular with children ages four to six, while trains? Not as much as the dinosaurs.

As far as our fidelity to the stories goes, I know that in the past there have been more or less shot-for-shot recreations of the seasons of Sentai. Ever since I’ve been involved with the show, and really since Chip Lynn has been on board [as a writer and frequent executive producer of the franchise], the idea was to develop a standalone, unique story and premise that is often quite different from the source material, but still incorporates the combat imagery into the show.

What Haim Saban came up with all those years ago was a formula that made it possible to achieve a high volume of children’s programming at relatively low cost compared to if all this material had to be original footage. Megazord fights and great stunt sequences are the expensive parts of creating an action-based show. That’s why about four minutes are still Japanese pictures.

You mentioned incorporating more serialized storytelling into the series to appeal to adult fans. Power rangers has always had a fan base that spanned all ages. I wonder if over the past few years the people who make this show have felt less pressure to appeal to older viewers since the rise of the Boom! The Studios comic series, which are aimed a lot at an older audience? Because at the end of the day, it has to be a show that kids like.

I wouldn’t say there was never any pressure from within to age the show. But, you know, the adult fans who maybe watch the show and like Power rangers are the show’s most vocal reviews online. Even though in terms of size, they are a niche audience relative to the kids the series is designed for. I think these comics, as fantastic as they are, serve a niche function in relation to the audience for the show. It’s just the nature of the medium and the size of the audience it reaches.

Obviously I would like everyone who watches the show to love it. I don’t like the show to be hated. I don’t like knowing that writers get hate messages or death threats. Everyone tries to put on a show that will appeal to the greatest number of people.

That’s a good point. Are there any specific parameters or rules that you have to operate within while doing the show?

There are, yes, that I sort of inherited [from Power Rangers creator] Chaim Saban. When he returned to the franchise halfway through a series, he felt that the series was not hitting the right marks in order to capture young audiences. The requirements have become very specific. Several boxes had to be ticked. There had to be a strong moral core, a lesson, there had to be a moving scene full of heart, and there had to be two ground fights and one Megazord fight in each episode. And there couldn’t be serial threads. He believed very strongly that each episode should work on its own. The only linked episodes allowed were two-part finals or maybe a season 1 and 2 episode.

The other thing that interested him was the idea of ​​the comedy duo, which recalled Mighty Morphin Power Rangers. This is why the two Ninja Steel and Beast morphers had the characters of the comedy duo. They must have used a big pinch of burlesque because this kind of broad physical comedy appeals to younger viewers. So these are some of the rules writers had to write. I felt that, quite unfairly among the adult online community, writers – who are very smart people and very passionate about what they do – have been blamed for things that are beyond their control.

Having said that, I think that kind of mandates got lighter with Dino Fury. We are able to do a lot more that I think will appeal to adult audiences while still keeping young viewers engaged. For example, we were able to share the comedy around us. There is no designated comedy character who will bore audiences and distract from the Ranger story. There is comedy now in the Villains or the Rangers. Everything is shared around. And it’s a comedy played more through characters or dialogue rather than elaborate gag sequences. We were encouraged to do it and I really embraced it. It means we can be less predictable.

Speaking of serialized storytelling, you’ve done a lot of work on [long-running New Zealand soap opera] Shortland Street. I partly think why Power rangers was so successful in the beginning, it’s because of the way he sometimes incorporated elements of the soap opera. How much time did you spend working on Shortland Street influenced or helped in your approach to make this show?

I think that Shortland Street taught me, and teaches anyone who works at it in any capacity very quickly because you work on five episodes a week throughout the year, that’s the story and the character. Audience engagement with the characters is what makes a soap opera work. They have to care. They must want to know what happens next. And for audiences to care, there have to be well-constructed stories that are derived from the character rather than imposed on the character. If there’s anything I learned while working on it, it’s this: how the character can define the story.

This is a very useful tip. I think a lot of people go from soap opera to other forms because the intensity of a soap opera like this and the amount of work you have to put out, you know, if you’re good at what you do, it really sharpens your skills.

I can’t let you go without asking who your favorite Power Ranger is.

As for the characters on the screen, it’s very difficult for me to separate them from the actors. I’m at the end of the series so I can’t, watching the episode, separate what I’m watching from what I know was used to do it. I will never be able to watch the show as a spectator in that sense.