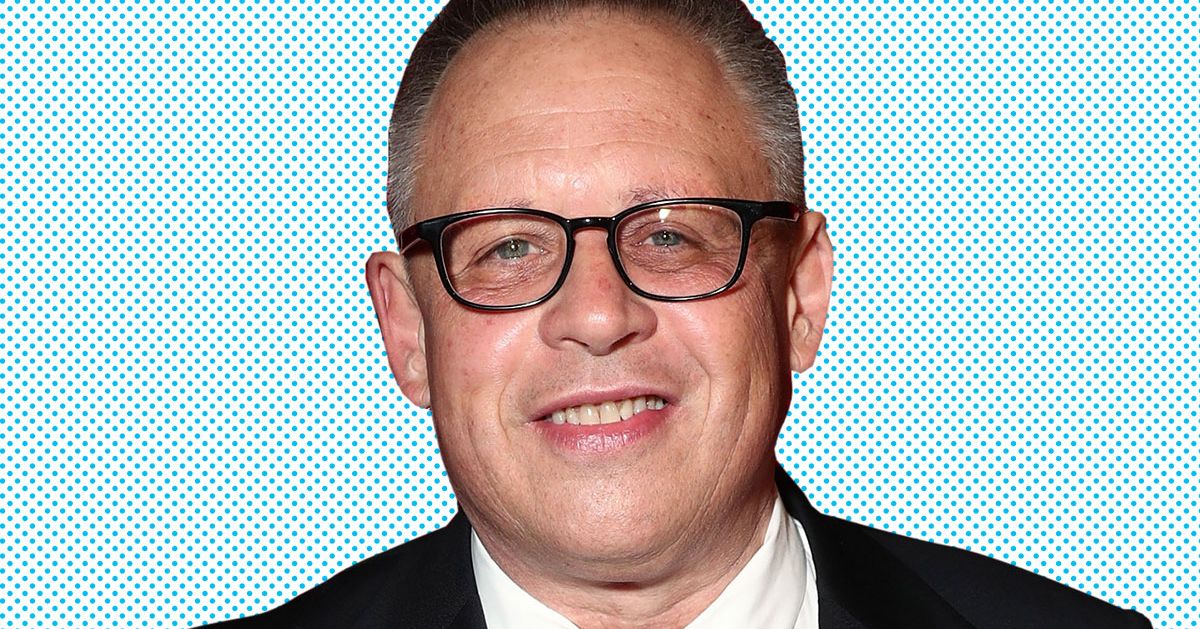 As director of live-action The beauty and the Beast, Bill Condon had quite a task ahead of him: to make one of the most beloved animated films of all time – one that included not only a Beastman, but also talking candles and teacups – in something that looks like the real world. Fortunately, he is no stranger to musicals, having written Chicago and directed Dream girls, nor films that face high fan expectations – he managed not to disappoint dusk fans on both parts of breaking Dawn. A few weeks before B&B released in theaters, Vulture sat down with Condon to discuss how LeFou’s sexuality became more than he bargained for, Belle as a modern day activist, and whether he would obey. Lindsay Lohan’s wish direct the actress in a Little Mermaid remake.

I heard that Walt Disney himself was intimidated by the prospect of making The beauty and the Beast because of the Jean Cocteau version.
They worked on The beauty and the Beast, it started, I think, in the 1940s – it was an incredibly long process for them. It wasn’t fully musicalized until late in the day. It was actually Howard Ashman and Alan Menken who were brought in to see where they were at. If your question leads to: “Were you intimidated by Le Cocteau as well as by the animated film?” [the answer is] to a certain extent, because it’s such a beautiful movie, and it’s one of my favorite movies. But I thought it’s one of those stories that, in so many different art forms and media, continues to stay relevant and reinvent itself. There are several nods to Cocteau in this film, but I felt like I could put my own stamp on it by adapting something from an animated world to a live action world. It was like a new medium for it.

How did you deal with the balance between animation and live-action as an overarching issue, in terms of making it all fit together?
The crucial thing for me was to do as much as possible. We built these big sets, and we weren’t depending on, oh, we’ll see a shine of the world and then let CG take over. We built the whole village so that it was only CG when it absolutely had to be. “Be Our Guest” is obviously a number performed by these CG characters, but it’s on a real set, and beyond that, the light that reflects off the dishes when they perform the number is real. We had legendary lighting designers from New York City creating light along the walls that didn’t reflect on anything. It was really this wonderful thing to watch, and I think you can feel the difference. You feel like it’s a scene number. It is Lumière and company that give it a number. CG light versus real light, you can tell the difference.

At first, you almost have the impression of going in a Jacques Demy film, with the color in the costumes and the way the camera turns. What were your influences in terms of the live-action element?
You’re right. For me, it was like going back to the beginning of musicals. There is a great Maurice Chevalier film called Love me tonight, directed by Rouben Mamoulian, and Rodgers and Hart wrote this song where all of Paris wakes up, and I can’t believe that wasn’t the inspiration for Howard Ashman who wrote “Belle”. I wish he was there and I could ask him. Looking at this, or [Ernst] Lubitsch’s version of The Merry Widow, to inform this big ball early on, I liked being able to go back to the style that these things were shot in. It’s not hyperkinetic in terms of editing: there’s more of a feeling of holding things on longer, and like you say a whirlwind, and that thing that the early musicals did, which was to make you feel the performance because you don’t depend on the cuts.

Josh Gad’s character was striking, not only because of his sexuality but also his sense of humor. Humor is a big part of the movie. When you set out to modernize LeFou’s character, how did you think about how funny you wanted him to be, and in what way?
Funny in a uniquely American way. You watch this musical, and it’s kind of an American musical, and I wanted people to kind of be true to their nationality. For a while we had fun with [giving Josh] a mid-Atlantic accent and that didn’t make sense. He’s, I think, American, and he’s the court jester, isn’t he? These characters tend to have a better idea of ​​what’s going on than the people in the middle of the action. He’s also the film’s only meta-voice; it is he who has this sense of irony so prevalent in American comedy. He can do that, he has a license. And sure, you get Josh, and there’s a flood of ideas and fun stuff down to the minute …

Did any of his jokes come from him or were they all written down?
There were some that came from him, absolutely.

He also did an interesting job balancing Luke Evans, who is really good. It borders on that territory of being almost too likable for a villain.
I see what you mean. You know what it’s like to me: he sings the crowd song at the end, and he’s leading this bloodthirsty mob to kill our hero, and yet there’s something about that voice coming out of him – and that’s what I love about musicals – there’s this other level that it works on that you just feel the joy of playing music. You smile as you watch something overwhelming happen. It’s the enigma of musicals, I love it. But I have to say, I think Luke[’s character, Gaston], when you get a glimpse of the ugliness of the soul, I think he’s doing some pretty scary stuff there.

Coming back to Josh, where did the idea for his sexuality come from?
Can I just say, I’m a little fed up with this. Because you’ve seen the movie – it’s such a tiny thing, and it’s overkill.

I was wondering what your interpretation of it was, because it’s become that kind of …
Well, people haven’t seen the movie. They have to see the film and they will understand that this is not what it is.

It’s such a small part of the movie, but it doesn’t seem trivial.
Yeah, I guess so.

I felt the film was aiming for a level of diversity.
It was so important. We have interracial couples – it’s a celebration of each other’s individuality, and that’s what’s exciting about it.

Who do you think is the main audience for this film?
It’s interesting. I didn’t see him as a child, I saw him as an adult, and I responded to the animated film. Seems to me – you don’t mean this movie is for everyone, but I feel like inevitably by bringing it into a live-action world, we’ve brought out some of the themes for it. adults at the surface. I hope it is as rich an experience for adults as it is for children.

With Dan Stevens as the CGI beast, how did you try to make the integration of this character in this world of action as smooth as possible?
That was the biggest challenge: doing it right, designing the Beast well, but also making sure that this great performance that Dan was giving would shine through this technology. He was partly using new technology, or a new version of technology that was no longer in fashion, replacing the face at the end of each night after scenes. Something that made him as unhurried as possible. So there are no animators finding out what’s going on between all the points, it’s all there, it’s all of him, like there are so many muscles moving while I’m talking and while you are talking. I think Dan’s commitment to getting this process under control and not letting it get under control is why it’s so successful.

There was nothing between him [and his co-stars], no camera or things like that. He just played the scenes with Emma. It was incredibly helpful because there was this connection going on. Some of what we tried to do to alleviate [the technology] was, we did as many reps as we could, both in human form and then pulling her over part of that beast trail for a while, so she could play with that thing. But in a weird way, that sort of mirrored the whole theme of the movie, didn’t it? It’s looking beneath the surface. So Emma was acting with what was underneath, and this is Belle’s specific gift, the thing that is pure about her, that she sees through Gaston when no one else does. And for the Beast, it takes time, but she begins to see what emerges in him. It was weird, that Emma’s act of imagination was to imagine the ugly exterior, but it sounded a lot like the subject of the movie.

With Belle, you move towards the feminist aspect of the character. What was your take on Belle as a character in 2017?
Absoutely. It was something so iconic in the original movie, wasn’t it, that Belle was a non-traditional Disney princess. She liked books more than boys. But that’s 25 years later, and women have come a long way. How do we reflect this? I thought the big idea was that his interest in learning turned into some kind of activism. She doesn’t just want to read the six books she can get her hands on, she wants to help other girls learn to read, which obviously poses a great threat to the social structure. The activism and political nature of it is what makes it feel reinvented.

I saw that Lindsay Lohan Said she would come back to act if you directed her to The little Mermaid.
I know! It was nice, it was very kind of him. I hope she will manage to make this film. [Laughs.] I feel like I was very lucky to have this crown jewel, but I will go see her at Little Mermaid, Absolutely.